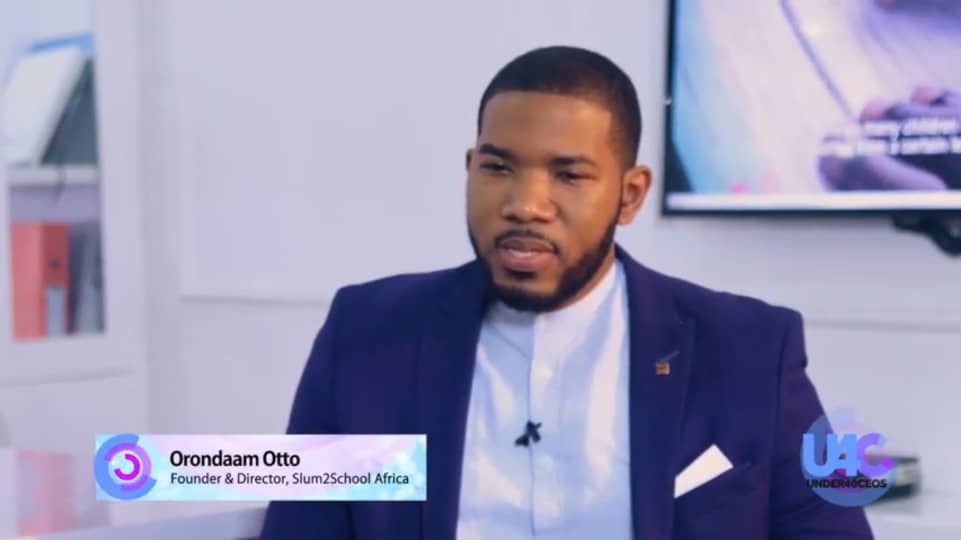 Orondaam Otto is a social entrepreneur, development consultant and community organizer with over 15 years’ experience working across the private, civil society and public sectors.

He holds a bachelor’s degree from the University of Port Harcourt, an executive master’s in Project Management from CUPE, UK, a certificate in Social Change, Innovation and Social Entrepreneurship from the United Nations University for Peace, Costa Rica and various development-based courses around leadership, development finance, governance from Henley Business School, University of Stellenbosch Business School and MIT.

In 2012, following the increasing number of out-of-school children, Orondaam founded Slum2School Africa to support the education of underserved children in slums/hard-to-reach communities and since inception, Slum2School has grown to become one of Africa’s leading volunteer-driven developmental organizations.

Orondaam Otto is the Founder and Executive Director at Slum2School Africa.

Watch the 2-part episode below:

Related Topics:Orondaam Otto
Up Next