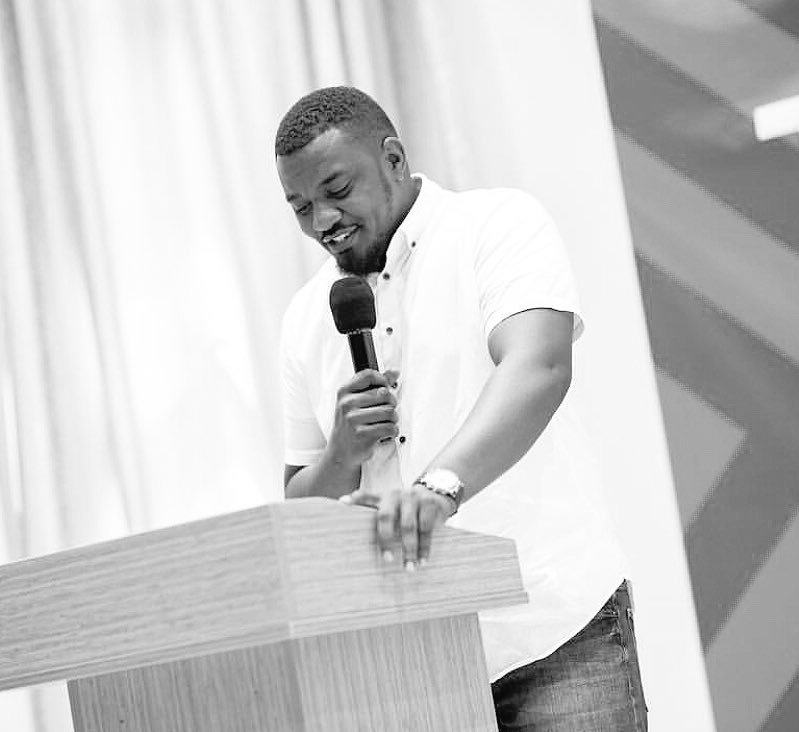 “I give my tithe to the needy, they need it more than the church” – John Dumelo

Ghanaian actor John Dumelo has disclosed that he prefers to use his tithe to help the needy rather than giving it to the church.

In his view, the tithe money will be of more benefit to needy people than it will be to the church.

Many Ghanaians and churches across the world have often held different views on the phenomenon of tithing. While some believe it is a directive from God, others insist it is not supported by any Biblical evidence.

Although Dumelo believes in tithing, he has revealed that he often gives his tithes to the needy rather than the church.

Taking to Twitter, the actor stated he does not know if his actions are wrong, but he feels that is the right thing to do because the needy “need it more”. 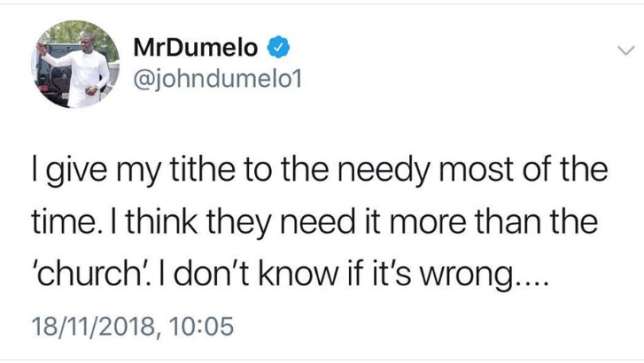 “I give my tithe to the needy, they need it more than the church” – John Dumelo

Related Topics:john Dumelo
Up Next

Nigerian hip-hop artiste, Eedris Abdulkareem has disclosed that he is battling kidney failure and will have a surgical operation at the end of July. END_OF_DOCUMENT_TOKEN_TO_BE_REPLACED

According to reports from Nigeria, unidentified gunmen have attacked an ‘advance team’ of President Buhari’s presidential aides leading to injuries to two people. END_OF_DOCUMENT_TOKEN_TO_BE_REPLACED

Sensational highlife/afrobeat artist KiDi has said that his dream is to collaborate with Daddy Lumba on a song. END_OF_DOCUMENT_TOKEN_TO_BE_REPLACED

Award winning South African actor, Sthembiso ‘SK’ Khoza has once again become a trending topic on social media after a snippet from his sex tape – which shows him performing oral sex on an unknown woman – went viral. END_OF_DOCUMENT_TOKEN_TO_BE_REPLACED

It is no secret that “HipLife” Grandpapa, Reggie Rockstone is the pioneer of the genre in Ghana. END_OF_DOCUMENT_TOKEN_TO_BE_REPLACED