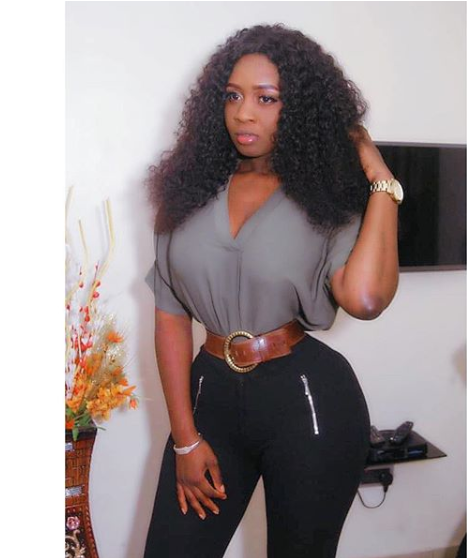 Gambian-Ghanaian based actress Princess Shyngle has broken her silence following earlier reports that a failed suicide attempt landed her at the hospital.
The actress, was earlier reported to have allegedly drank an overdose of bleach in an attempt to end her life. She was however rushed to Vedic Life care Hospital in Lekki by her neighbour.

Princess Shyngle is feeling better now and has finally spoken on the matter. The actress took to her Instagram to reveal what really happened to her.

“I had a relapse and a nervous breakdown which landed me in the hospital. I never took anything, I’m at a better place now and at the right time  I’ll address and talk more about depression. 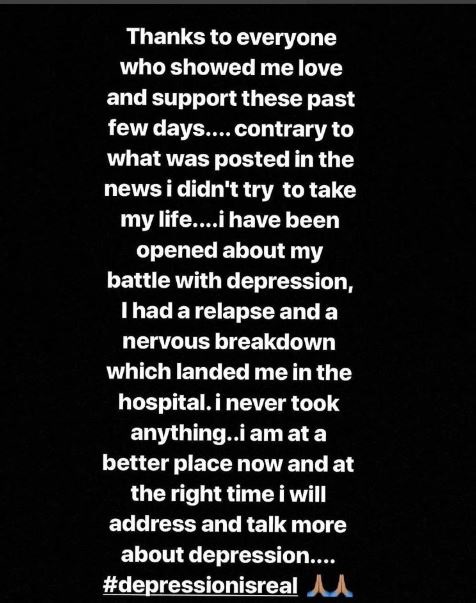 Speaking to Graphic Showbiz, the actress opened up about when she started having the urge to take her own life:

‘’It started when I was about 18 years or so. I almost lost my dad through a fire outbreak and just the thought alone made me want to kill myself. I couldn’t see myself living my life without him and thought the best thing was to go with him,” she told Graphic Showbiz.

Princess has in the past opened up about dealing with disappointments and depression.