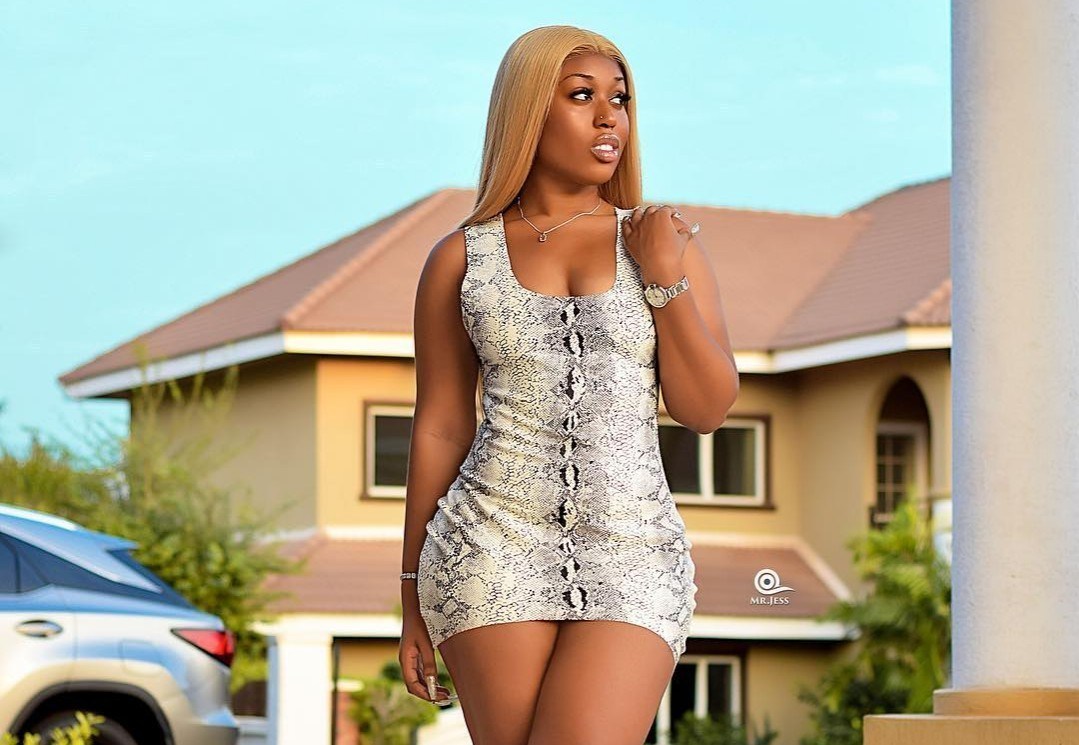 Rising Ghanaian musician, Fantana has disclosed that she does not drink nor smoke because of her immune system. In a recent interview with Graphic Showbiz, the RuffTown Records signee revealed:

On how she knows she has a weak system that cannot accommodate smoking or drinking, she answered that “I do not need to try it to know the system I have, I know myself and I know what works for me and what does not.”

Like other female artistes on the Rufftown Records label owned by Bullet, who managed the late singer, Ebony, have been accused of trying to be like the late singer, Fantana, has also become a victim.

Fantana has a deep voice, something that Ebony also had and she has been criticized for trying to sound and be like the latter but according to her, the only similarity they share is the voice.

“Actually when I posted my music video, the comments I had asserted that I was trying to be like her but it is not true. The only way I am similar to her is the voice. She had a deep voice like me and so on that note, yes we are similar.”

“But, on the style and our way of doing things we are not the same. You can’t blame the people too because we are on the same label being managed by the same person so it is fine if they say that. I remember when Wendy Shay came, same was said about her but in all honesty, we are different people,” she told Graphic Showbiz

According to Margaret Andega, a Kenyan entrepreneur in Atlanta, she was the driving force behind the commercialization of Shea Butter in the US during the late 90s. END_OF_DOCUMENT_TOKEN_TO_BE_REPLACED

Nigerian hip-hop artiste, Eedris Abdulkareem has disclosed that he is battling kidney failure and will have a surgical operation at the end of July. END_OF_DOCUMENT_TOKEN_TO_BE_REPLACED

According to reports from Nigeria, unidentified gunmen have attacked an ‘advance team’ of President Buhari’s presidential aides leading to injuries to two people. END_OF_DOCUMENT_TOKEN_TO_BE_REPLACED

Sensational highlife/afrobeat artist KiDi has said that his dream is to collaborate with Daddy Lumba on a song. END_OF_DOCUMENT_TOKEN_TO_BE_REPLACED

Award winning South African actor, Sthembiso ‘SK’ Khoza has once again become a trending topic on social media after a snippet from his sex tape – which shows him performing oral sex on an unknown woman – went viral. END_OF_DOCUMENT_TOKEN_TO_BE_REPLACED

It is no secret that “HipLife” Grandpapa, Reggie Rockstone is the pioneer of the genre in Ghana. END_OF_DOCUMENT_TOKEN_TO_BE_REPLACED