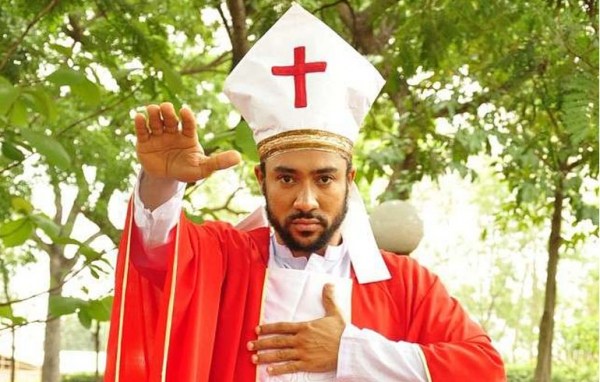 I haven’t stopped acting, preaching the gospel is taking my time – Majid Michel

Award winning Ghanaian actor Majid Michel, has said that he will be making a return to acting very soon.

The actor who has been off the screens for a while now,  has been seen preaching the word of God in churches, at events, and to friends and loved ones.

According to the actor who was speaking in an interview on JoyNews’ with Doreen Avio,  he is still active in the movie industry and he’s currently working on some movie scripts.

Majid, however, disclosed that his desire, for preaching the word of God has kept him occupied.

“Just a little construction going on but I will be back because my passion for preaching the [Gospel] is taking over me a little but we are putting together some scripts,” he said.

The actor also used the opportunity to deny reports that he had quit acting due to his newfound passion for God.

“I haven’t stopped acting, I tell people that acting or the movie industry has been my ministry that is where God has called me to be, so I can’t let go of it,” he said.

For the 6th time in 2022, Chief One has copped another major nomination! END_OF_DOCUMENT_TOKEN_TO_BE_REPLACED

Nigerian singer Kizz Daniel has been reportedly arrested by the Tanzanian Police for refusing to perform at an event. END_OF_DOCUMENT_TOKEN_TO_BE_REPLACED

Member of Parliament for the Dome-Kwabenya Constituenc, Sarah Adwoa Safe has penned a sweet message to her partner as they celebrate four years of marital bliss.  END_OF_DOCUMENT_TOKEN_TO_BE_REPLACED