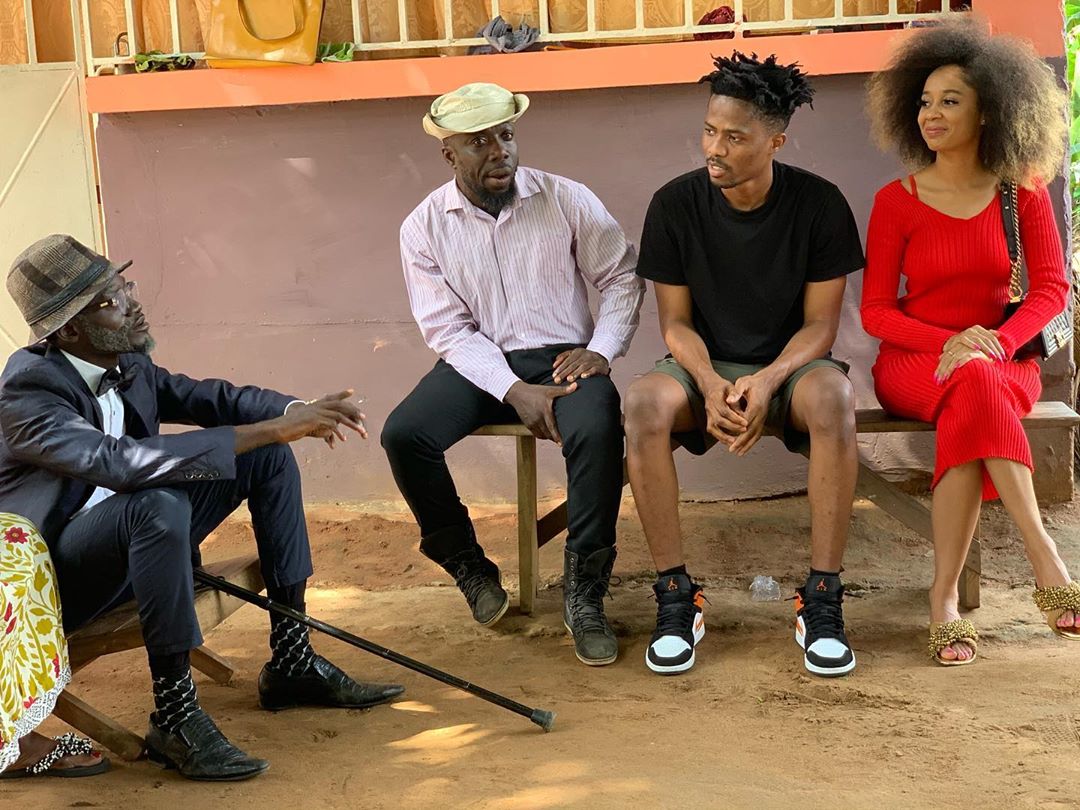 Celebrated Ghanaian actor Kwadwo Nkansah Lil Win says his upcoming “Cocoa Season” TV series is dedicated to all cocoa farmers who have contributed to the economic growth of the country.

The highly anticipated series which is expected to be aired in the coming days is an ambitious movie project which features top movie acts including Kofi Ardjorlolo, Mr Beautiful, Matilda Asante, Vivian Jill Lawrence, Ellen White, among others.Directed by Theophilus Amoabeng, the series also features music stars including Stonebwoy, Fameye, Joey B, Dopenation, Yaa Pono, Strongman, Sista Afia, Reggie Rockstone, among many others.
According to Lil Win, who doubles as the Executive Producer of the series, the movie project is meant to laud the efforts of cocoa farmers whose role in the country’s development are often downplayed.
“I want to use this series to celebrate and encourage cocoa farmers to continue their good work for the country. Personally, I respect cocoa farmers a lot and I want to use this platform to encourage the people to go into cocoa farming because it is very lucrative which most people often disregard.
“My role in the movie depicts a very successful cocoa farmer who is highly respected in the community. Through cocoa farming I was able to raise my sons and daughter who grew to become very influential people in society,’’ he said.
Lil Win added that he was poised to revive the love for local movies, a major reason he invested in this movie project.
Lil Win also disclosed he decided to put the series on local television so that movie lovers can enjoy the sitcom from the comfort of their homes.
https://ameyawdebrah.com/199457-2/
SOURCE: GNA
Up Next

“I didn’t walk off stage to disrespect anyone, It was planned” – Medikal explains

KiDi has responded to the heavy social media trolling he was subjected to after losing the VGMA ‘Artiste Of The Year’ to Diana Hamilton. END_OF_DOCUMENT_TOKEN_TO_BE_REPLACED

Wiyaala has dropped “Coming With Fire”, her first single for 2022, and follow up to last year’s popular “Yaga Yaga,” and it is an explosive cocktail of positive energy heavily influenced by the work of K.O.G (Kweku of Ghana), an internationally renowned professional UK based musician, artist, songwriter, percussionist, and multi-instrumentalist from Elmina in Ghana. END_OF_DOCUMENT_TOKEN_TO_BE_REPLACED