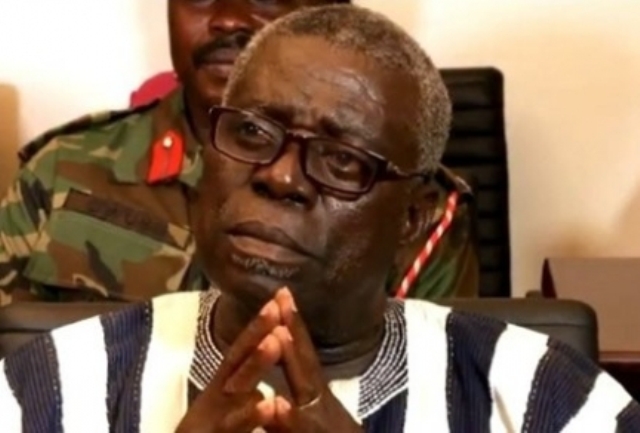 Fred-Amugi[/caption] Veteran actor, Fred Amugi has said that he never slept with actress Rosemond Brown and that he decided to do away with certain lifestyles like womanizing when he finally decided to settle down his wife. Earlier on, actress Rosemond Brown confessed to having slept with the actor when she took her turn on the “Delay Show”. “Akuapem Poolo” revealed that Fred Amugi was one of the men she slept with during her rise to fame. However, in a recent interview on UTV’s ‘ATUU’ with Abeiku Santana, Fred Amugi denied allegations of ever sleeping with Rosemond Brown. “The only question I asked myself was, who is it that wants fame and wants to tarnish my image and then I kept mute. In fact, my wife also heard it and said the same thing; I mean my wife knows me too well. I honestly stopped certain lifestyles before I finally decided to settle down”, he said. Fred Amugi is known for movies such as “African Timber” and “Beasts of no Nation”.]]>

"It's not Easy Being a Christian"- Efia Odo Confesses

Ghanaian rapper, Okyeame Kwame has opined that the new crop of rappers in the industry are far “better” than him and others who have been in the game for two decades. END_OF_DOCUMENT_TOKEN_TO_BE_REPLACED

Ghanaian rapper, Sarkodie may be gearing up to speak against the governance of the nation by the ruling New Patriotic Party (NPP). END_OF_DOCUMENT_TOKEN_TO_BE_REPLACED

Ghana’s social media has been buzzing after a video showing a young  Ghanaian in police escort to go and buy a burger went viral! END_OF_DOCUMENT_TOKEN_TO_BE_REPLACED

Broadcast Journalist at Metro TV, Bridget Otoo has come after employers who fail to pay their workers, yet live lavishly. END_OF_DOCUMENT_TOKEN_TO_BE_REPLACED