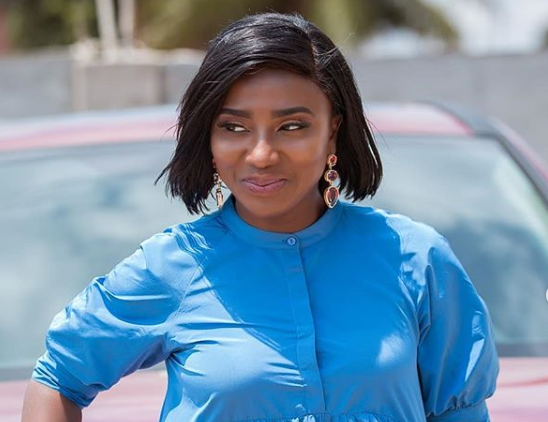 Gospel musician Lady Prempeh says she regrets having premarital sex before she tied the knots.

Speaking in an interview with Hitz FM’s Franky 5 on ‘This is Gospel’ show, the Aseda singer condemned the act, says it’s ‘disgraceful’ although it is considered normal these days.

“That’s something, to me, I felt I shouldn’t have done it. I should have waited till I get married,” she stated.

The singer added, “premarital sex looks normal now but if you know whom you’re serving, that’s a no go area for Him.”

Lady Prempeh, however, advised fans to follow the teachings of Christ especially in so-called contemporary times when premarital sex and other worldly life is considered the norm.

“If you have to follow this path you must be on it. Don’t try to sway or go your path and believe God to come with you. No, you have to go his way,” she said.

Veteran actor, William Addo appeals to President Akufo-Addo to help save his sight

Bose Ogulu has told her son Burna Boy to “tone down the madness” as she celebrated his birthday. END_OF_DOCUMENT_TOKEN_TO_BE_REPLACED

The Hewale Lala (Song Of strength) hit maker Perez Musik gets ready to have his first-ever major concert. END_OF_DOCUMENT_TOKEN_TO_BE_REPLACED

Kofi Sonny, CEO of 610Music, a direct representative for Universal Music Group in Africa, unveiled two of his newly signed artistes to the world over the weekend. The event pulled in dignitaries from all over the globe to witness what many have dubbed “the birth of greatness.” END_OF_DOCUMENT_TOKEN_TO_BE_REPLACED