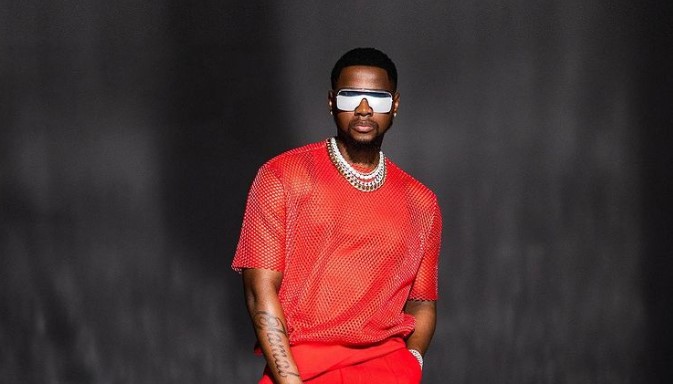 Nigerian singer, Kizz Daniel has earnestly prayed for an opportunity to perform his global hit song “Buga” at the 2022 FIFA world cup, Qatar.

The Afropop star made this known hours after releasing the official video of the song, stating he would like like to perform it with a mass choir at the global competition.

The Tekno-assisted track, ‘Buga’ has continued to break barriers, uniting people across social classes and enjoyed by the high and low.

The visual release was greeted with carnival-like scenarios with comic acts such as Sabinus thrilling fans with funny displays.

Yearning for an even bigger platform to perform his latest masterpiece, Vado appealed to God to grant him the opportunity to give a pulsating performance of “Buga” to football fans at the World Cup, Qatar 2022.

‘Crazy Rich Ghanaian’ – Eddie Kadi to explore the high-end, glossy side of Ghana in a new show

The woman who led the “Me nsa aka ooo” TV commercial 13 years ago to promote MTN’s Mobile Money (MoMo) has been gifted a 2-bedroom house. END_OF_DOCUMENT_TOKEN_TO_BE_REPLACED

It’s difficult to predict where Stonebwoy will be in the coming days, weeks, months, or years. As a musician with a keen interest in pushing his sound to the world and etching his name in the minds of new fans, 2022 has been described as his busiest music year thus far since gaining mainstream recognition in 2012 with Pull Up—seven years after he made his official debut—the musician confirmed this via social media after his last summer show. END_OF_DOCUMENT_TOKEN_TO_BE_REPLACED

Ghanaian actress, Nana Ama McBrown has revealed that there’s absolutely no bad blood between her and her ex boyfriend, rapper, Okyeame Kwame. END_OF_DOCUMENT_TOKEN_TO_BE_REPLACED

Veteran Ghanaian actor, Kofi Adjorlolo has denied claims that he was set to marry the mother of popular Dancehall act, Shatta Wale. END_OF_DOCUMENT_TOKEN_TO_BE_REPLACED