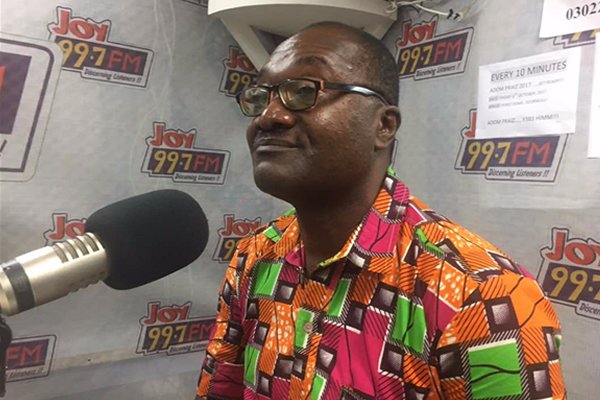 ”I had a very good lawyer in Owusu Fordjour. A former commissioner of police during Acheampong’s era but the judge wouldn’t budge.

On January 9, 1995, Mr Nyame was in the company of singer Nana Agyeman, known in showbiz circles as Geeman and two other ladies when the singer shot and killed a taxi driver over a fare misunderstanding.

Geeman spent 14 years in prison half of which was on death row. It was reported after his release on January 9, 2009, that he was among many other prisoners granted pardon by former President Kufuor.

Jagger Pee, who starred in many Thursday Theatre TV series on GTV dismissed assertions that he is an ex-convict adding has no criminal record.

“Upon return from one of my travels, I intentionally went ahead to ask from the Attorney General who stated at the time stated that I had no criminal record,” he stated.

Related Topics:Jagger Pee
Up Next

Marriage and motherhood won’t slow me down – Becca

Broadcaster, Serwaa Amihere has advised women not to put too much stress on their men as they may be going through a lot. END_OF_DOCUMENT_TOKEN_TO_BE_REPLACED

Dr. Edem Mahu from the University of Ghana, has received the “Africa Award for Research Excellence in Ocean Sciences” from AGU. END_OF_DOCUMENT_TOKEN_TO_BE_REPLACED

A brand-new Alisa Hotel location in Tema was unveiled on Friday, September 30, 2022 in pomp.  END_OF_DOCUMENT_TOKEN_TO_BE_REPLACED

With effect from October 1, 2022, Brussels Airlines will be one of many European airlines utilizing Aviance Ghana Limited’s services for all of its passenger and ground handling activities. END_OF_DOCUMENT_TOKEN_TO_BE_REPLACED

Music producer and artist Nektunez has a new family. END_OF_DOCUMENT_TOKEN_TO_BE_REPLACED