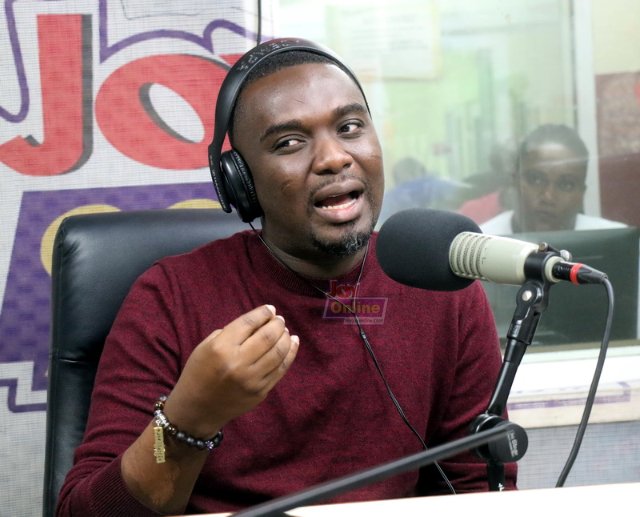 Faith in God works, that is according to the 2017 VGMA Artist of the Year, who says it turned his life around.

“No man can claim credit for who I am today,” Joe Mettle said on Joy FM, “It was God who changed my story,” he added.

He dropped out of school twice in his attempt to get a secondary school certificate and it was clear his JHS certificate could not make him what he wanted to be.

It took the power of God to get him to complete university education even without a formal secondary school education, he recounted on ‘I SURVIVED’ the latest segment on the Super Morning Show.

But long before he could make music, and become the VGMA artist of the year, Joe Mettle recounted how his present fame, power and wealth is a stark contradiction of conditions of his formative years.

Mr. Mettle was already selling at age 12 to support his mother. “It was not by choice,” he told Daniel Dadzie host of the SMS, “born into a family which did not have, I did what mother did,” he narrated.

Joe Mettle sold waakye leaves at Agbogloshie, and progressed to selling waakye itself when polythene bags replaced the leaves used to package the Ghanaian delicacy.

He had to drop out of school after Junior High School because combining trading and education was not only a difficult task, but the earnings from the sale of waakye, brooms and canes were too meagre to pay for secondary education.

Bible isn’t against marijuana, stop preaching against it – Rev. Abbeam

Without an SHS certificate, it was clear he was not going to become an Architect after all. But that was not his immediate concern.

The embarrassment of people asking him constantly why he was not in school was a bigger nightmare.

He would, therefore, dress as if he going to school but end up in the church. Being in the church helped him to earn small amounts from some generous worshipers while playing the drum for them. With that, he also avoided questions on why he was not in school.

The worse came when Joe Mettle had to leave home and fend for himself in the streets.

On that journey, he slept in churches and homes of church members pretending to spend the weekend there but ended up spending weeks. When his host got fed-up, they kicked him out.

In one instance, he spent a year with a pastor in a single room.

He recounted eating gari and groundnut paste stolen from a woman. He and his friends survived on these for many days until they were caught.

But God had not abandoned him. He knew God was preparing him with all those experiences.

According to him, he is able to do so much in life today even with little because of the frugal life God put him through.

“All things work together for the good of them that loved the lord,” he quoted portions of Romans Chapter eight of the Holy Bible. Everything seems to have turned out for his good.

In all the toil he knew it was going to end someday. “I knew God had a plan for my life, even when I travelled on foot for several miles because I could not afford transportation.

Related Topics:Joe Mettle
Up Next