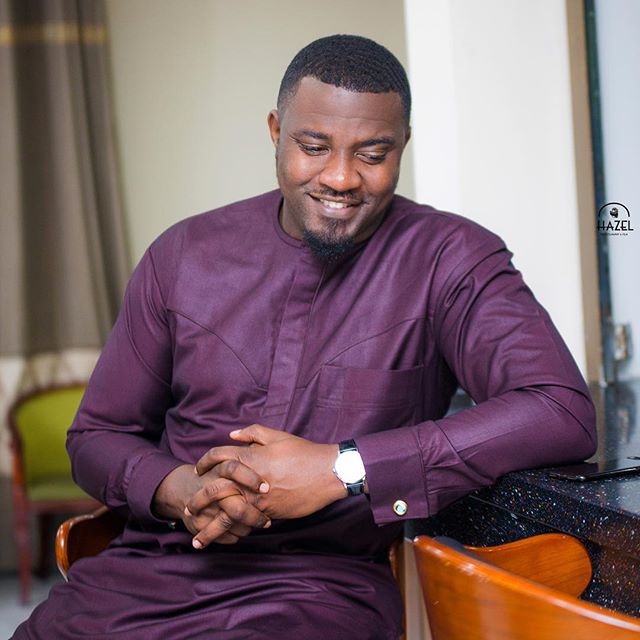 With election year around the corner, campaign for votes has already started and actor, John Dumelo is laying out his plans for his constituency if he should win the seat. The actor turned politician, engaged in an interaction with his fans after one stated that his participation in communal services and concern about what happens in the Ayawaso West Wuogon constituency, may end if wins power.

According to John that will not happen, because he is in politics to serve and he will need the support of his constituents for more than a 4-year term. “If I don’t continue, who will vote after the next 4 years….politics is service to the nation” he tweeted.

Emphasizing on his intention to rather be a servant, John added that should he win the 2020 election, 50% of his first-year salary plus his bonuses as an MP, will be donated to the youth in his constituency as development aid.

See his tweets below.

“You say you are an African giant, prove it” – AKA calls for apology from Burna Boy

Burna Boy has revealed in an interview that American R & B star Toni Braxton gets 60% of the royalties of his last single ‘Last Last.’ Burna Boy made this revelation when answering questions of how the single came about while appearing on a podcast. END_OF_DOCUMENT_TOKEN_TO_BE_REPLACED

Ghana have been banned from competing in the next two editions of the FIFA U17 Women’s African Qualifiers and fined $100,000 by the Confederation of African Football. END_OF_DOCUMENT_TOKEN_TO_BE_REPLACED

Although the music industry in Ghana is heavily dominated by males, there are a few young women, pulling their weight, and rubbing shoulders with their male counterparts. END_OF_DOCUMENT_TOKEN_TO_BE_REPLACED

Chris Fonye popularly known as “Hydraulix Fonye” is a Ghanaian producer, sound engineer, songwriter and singer with a vast experience in the Ghanaian entertainment industry. END_OF_DOCUMENT_TOKEN_TO_BE_REPLACED

Although there may be hundreds of afro-beats artists in the country, Highly Spiritual Music signee, Lasmid believes he is unique. END_OF_DOCUMENT_TOKEN_TO_BE_REPLACED