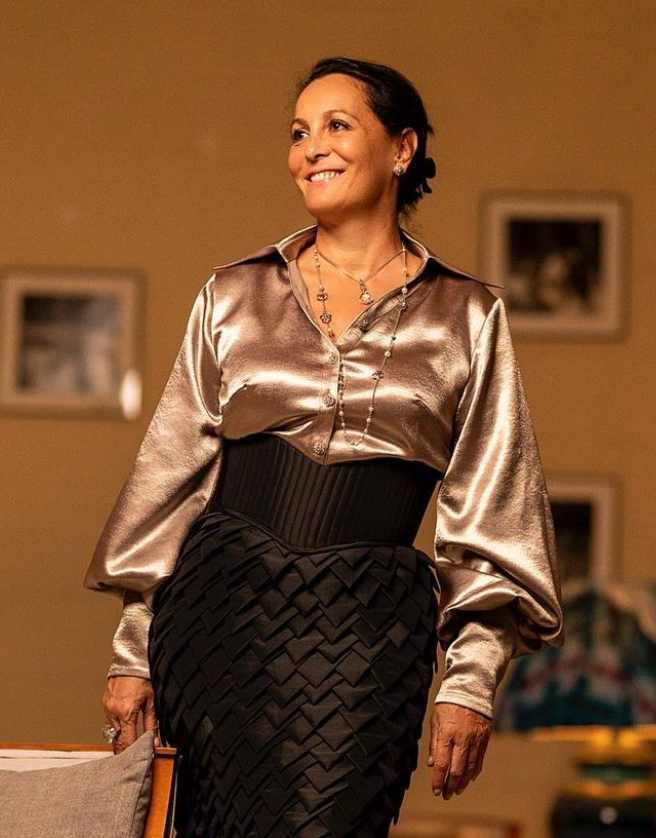 French Ambassador to Ghana, Her Excellency Anne Sophie Avé has revealed she wouldn’t mind settling down with a man of Ghanaian descent.

Her Excellency, whose 4-year stay in the country is about to end in August, revealed she wouldn’t mind staying in the country, should she find the man of her dreams.

Ms Sophie, who also revealed in an interview with Ameyaw TV that she has acquired a property in the country and is bound to visit after her tenure ends, told Abeiku Santana in an interview she is open to finding love in Ghana.

Explaining why she wouldn’t mind settling down with a Ghanaian man, Anne stated;

“Ghanaians have been so sweet and nice to me. If I ever fall in love with any of them, I won’t hesitate to get married to either of them.”

The 54-year-old French native started her tenure as ambassador to Ghana in September 2018.

Ms Sophie has immersed herself into the Ghanaian culture since her arrival into the country, supporting creatives and projecting their world to an international market.

Viola Davis makes a stunning transformation in the new trailer for ‘The Woman King’, in which she plays Nanisca, leader of the all-female warriors known as the Agojie. END_OF_DOCUMENT_TOKEN_TO_BE_REPLACED

African-American businessman and jet broker Kelvin Mensah, popularly known as PJKev has added his voice to the many people against the building of the National Cathedral. END_OF_DOCUMENT_TOKEN_TO_BE_REPLACED

Nigerian hip-hop artiste, Eedris Abdulkareem has disclosed that he is battling kidney failure and will have a surgical operation at the end of July. END_OF_DOCUMENT_TOKEN_TO_BE_REPLACED

According to reports from Nigeria, unidentified gunmen have attacked an ‘advance team’ of President Buhari’s presidential aides leading to injuries to two people. END_OF_DOCUMENT_TOKEN_TO_BE_REPLACED

Sensational highlife/afrobeat artist KiDi has said that his dream is to collaborate with Daddy Lumba on a song. END_OF_DOCUMENT_TOKEN_TO_BE_REPLACED