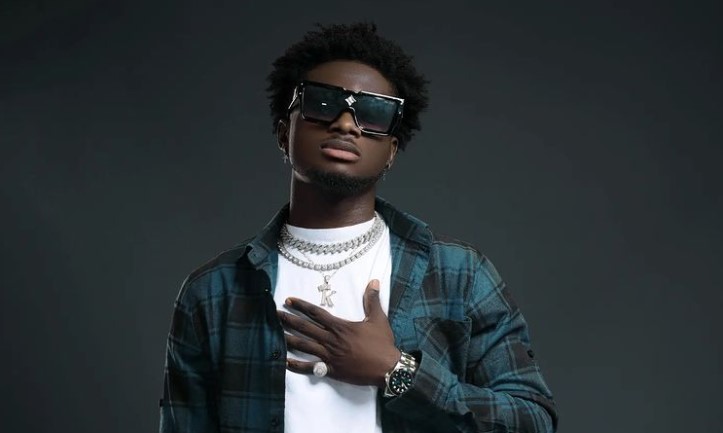 Three times Highlife Artist of the year Kuami Eugene has revealed that he is the ghostwriter for one of the most viral songs in West Africa.

Rockstar Eugene visited Giovani Caleb on the 3FM Drive where he disclosed that he wrote one of the most viral songs in Africa for a popular Nigerian artist.

He kept details of the name of the artist and the title of the song to himself but hinted that it ranks among the top 5 viral songs on TikTok.

Kuami Eugene added that he does not regret writing the song for the Nigerian artist because he was paid handsomely for his work.

The Lynx Entertainment Signee has worked with a number of Nigerian musicians but his recent work was on the viral song with CKay.

Eugene could not confirm or deny if that was the song he wrote, all he could say was CKay owns the rights to the song.

Kuami Eugene’s new song ‘Take Away’ is out and streaming on all music platforms.

Viola Davis makes a stunning transformation in the new trailer for ‘The Woman King’, in which she plays Nanisca, leader of the all-female warriors known as the Agojie. END_OF_DOCUMENT_TOKEN_TO_BE_REPLACED

African-American businessman and jet broker Kelvin Mensah, popularly known as PJKev has added his voice to the many people against the building of the National Cathedral. END_OF_DOCUMENT_TOKEN_TO_BE_REPLACED

Nigerian hip-hop artiste, Eedris Abdulkareem has disclosed that he is battling kidney failure and will have a surgical operation at the end of July. END_OF_DOCUMENT_TOKEN_TO_BE_REPLACED

According to reports from Nigeria, unidentified gunmen have attacked an ‘advance team’ of President Buhari’s presidential aides leading to injuries to two people. END_OF_DOCUMENT_TOKEN_TO_BE_REPLACED

Sensational highlife/afrobeat artist KiDi has said that his dream is to collaborate with Daddy Lumba on a song. END_OF_DOCUMENT_TOKEN_TO_BE_REPLACED