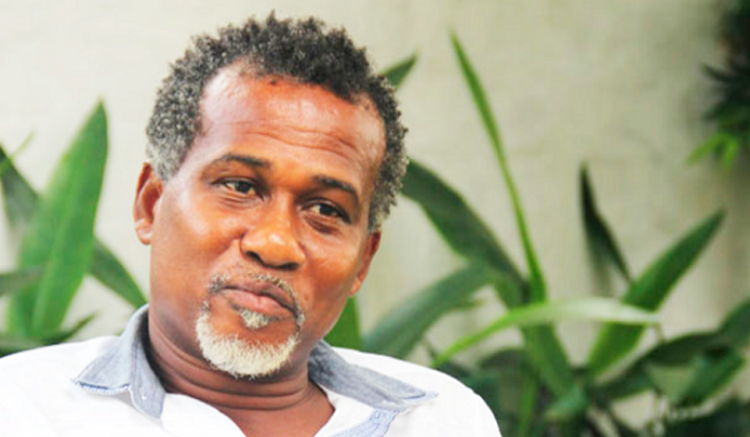 Whiles his crowning on stage as the future of highlife by Amakye Dede at the just ended Vodafone Ghana Much Awards received mixed reaction from industry players and the general public, ace highlife musician, Luck Mensah strongly believes Kuami Eugene is a savior for keeping the highlife genre running. Lucky Mensah, has stated that if not Lynx Entertainment signee, Kuami Eugene, the highlife genre would have been dead.

Speaking in an interview with Doctar Cann on Happy FM’s ‘Showbiz Xtra’, the ‘Nkratuo’ singer said that “if not for Kuami Eugene and co, like Ghanaian highlife would have been dead in the system.

According to Lucky Mensah, he has been following Kuami Eugene since he burst onto the scenes and he can say without any doubt that he is the best highlife artiste at the moment.

Lucky Mensah is back after his 9 years music break with a new single dubbed ‘Tonight’.

You will go hungry if you do only Hip-hop songs – D-Black.

The media outfit which has since August 2021 gone live with carefully curated music playlists targeting Gen Z and millennials is set to officially launch somewhere in September 2022. END_OF_DOCUMENT_TOKEN_TO_BE_REPLACED

Renowned Ghanaian furniture producing company, Kings’ Furniture has been awarded for its hard work and perseverance in the Ghanaian business terrain. END_OF_DOCUMENT_TOKEN_TO_BE_REPLACED

The woman who led the “Me nsa aka ooo” TV commercial 13 years ago to promote MTN’s Mobile Money (MoMo) has been gifted a 2-bedroom house. END_OF_DOCUMENT_TOKEN_TO_BE_REPLACED

It’s difficult to predict where Stonebwoy will be in the coming days, weeks, months, or years. As a musician with a keen interest in pushing his sound to the world and etching his name in the minds of new fans, 2022 has been described as his busiest music year thus far since gaining mainstream recognition in 2012 with Pull Up—seven years after he made his official debut—the musician confirmed this via social media after his last summer show. END_OF_DOCUMENT_TOKEN_TO_BE_REPLACED

Ghanaian actress, Nana Ama McBrown has revealed that there’s absolutely no bad blood between her and her ex boyfriend, rapper, Okyeame Kwame. END_OF_DOCUMENT_TOKEN_TO_BE_REPLACED

Everything you need to know about Delta 8 Pre-rolls