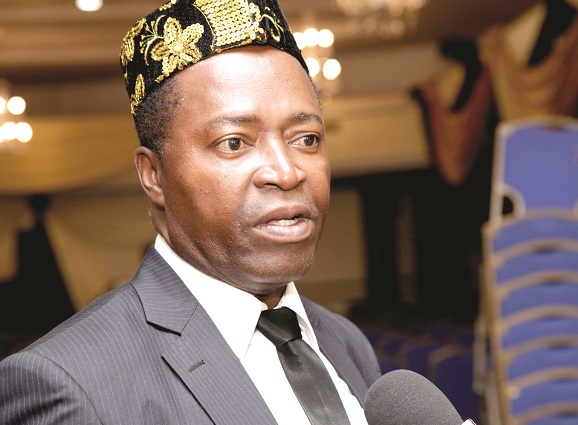 Ghanaian actor David Dontoh has predicted that Ghana could be recolonised in 2050 if Ghanaians do not pay attention to their culture.

Speaking to AJ Sarpong on Citi TV’s Hall of Fame, David Dontoh said the nation’s cultural values have eroded and that if measures are not put in place, Ghanaians may lose the core fibre of its culture.

Not enthused by the propensity of an average Ghanaian to be influenced by foreign culture, he projected that the Year of Return celebration could worsen the situation.

“Now that because of Year of Return, African Americans are coming and a lot of them are coming to settle and a lot of things like that it’s even going to get worse because we have been trained to easily fall for anything foreign and that’s where the danger lies,” he stated.

He said that change in the taste of our music, food, clothes and practically everything is the reason the economy is suffering.

The ‘Deadly Voyage’ actor added that Ghana would continue to wallow in its current undesirable state of affairs for a very long time if this narrative does not change.

“There are a lot of Ghanaian young men and women today who have Ghanaian names, claim they’re Ghanaians don’t know anything about Ghana. I cannot even speak the language and that is dangerous. Very dangerous,” he remonstrated.

David Dontoh, however, intimated that the situation could be saved if critical steps are taken towards prioritizing the Ghanaian culture over the others.

“I believe maybe if some people after those of us are gone who’ll come up and have interest in helping this country really take a critical look at these things maybe it’d change but if not,” he noted.

David was also known for the ‘Agoro’ game show, which sought to create awareness of the culture of the people.

Related Topics:David Dontoh
Up Next

Kanye West calls himself “greatest artist that God ever created”

Bose Ogulu has told her son Burna Boy to “tone down the madness” as she celebrated his birthday. END_OF_DOCUMENT_TOKEN_TO_BE_REPLACED

The Hewale Lala (Song Of strength) hit maker Perez Musik gets ready to have his first-ever major concert. END_OF_DOCUMENT_TOKEN_TO_BE_REPLACED

Kofi Sonny, CEO of 610Music, a direct representative for Universal Music Group in Africa, unveiled two of his newly signed artistes to the world over the weekend. The event pulled in dignitaries from all over the globe to witness what many have dubbed “the birth of greatness.” END_OF_DOCUMENT_TOKEN_TO_BE_REPLACED