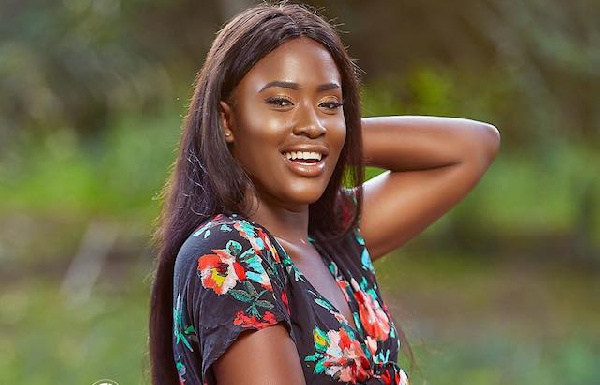 While some may think that actress, Fella Makafui is on the verge of switching careers as she dropped her first single, ‘Over’ yesterday, the actress has stated that she recorded the song just for the fun of it.
According to her, the lockdown period forced her to play around in her husband, Medikal’s studio and the result was the ‘over’ track.

In an interview on Okay FM with Abeiku Santana, the ‘Yolo’ actress said:

“You know this lockdown everyone is bored and my husband has a studio at home so we just decided to do something,” she said.

“It is not like I am coming to take it personal, I’ve launched my production recently and ready to shoot movies soon before this lockdown. So it’s not like I am coming to do music, I am just doing it for the fun of it. So basically I am an entertainer. I am not just limited to acting, there are others too who act and do a lot of things, so this one is just for fun,” she added.

Fella Makafui made it to Twitter trends yesterday after she dropped the song ‘Over’ which a lot of fans believe is a response to Sister Derby’s ‘Sweet Ex.’

She has however dropped another single titled ‘No size’ to prove to Ghanaians that she got what it takes to do music.

Watch ‘Over’ and ‘No Size’ videos below:

my new single #Over is out now! link in Bio, stay home and jam.Will be giving ghc2,000 out weekly for the best dance videos #OVER

Watch: Fella Makafui is back with ‘No Size’ after getting trolled for ‘Over’

Ghanaian actor and entrepreneur, John Dumelo has requested for the funds set aside for the Black Stars, had they qualified to the round of 16 in the FIFA 2022 World Cup, to be used to purchase desks for school kids. END_OF_DOCUMENT_TOKEN_TO_BE_REPLACED

END_OF_DOCUMENT_TOKEN_TO_BE_REPLACED

Accra’s biggest and only photo festival, “Wondaland” is back; this time bigger and better. END_OF_DOCUMENT_TOKEN_TO_BE_REPLACED