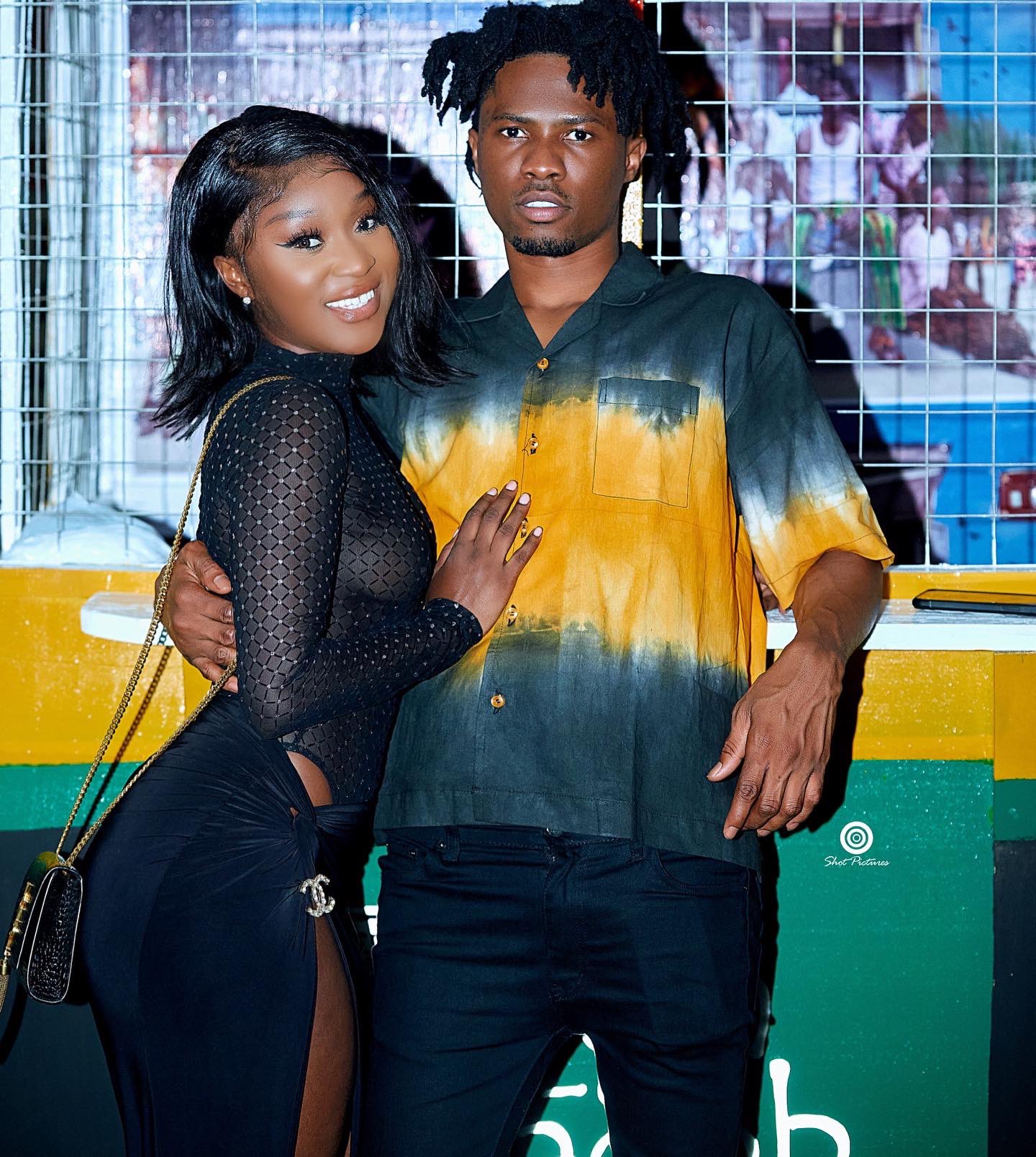 Ghanaian rapper, Kwesi Arthur has stated that he is not embarrassed by what actress and his biggest fan, Efia Odo wore to his album listening party.

On Thursday, April, 23, Efia Odo stepped out to support Kwesi Arthur at his private album listening inside Barbados.

For the album listening party, Ms Odo showed up in a sheer top that left everything bare, including her nipples. She matched it with a high slit skirt

Pictures of her from the event quickly made it to social media and received so much criticism and backlash.

However, Kwesi Arthur has stated that he is not embarrassed that Efia showed up in that wild outfit

In an interview with Abeiku Santana on Monday, April 25th, Kwesi Arthur stated that he believes Efia Odo is a confident woman and always shows up as herself.

“Well, I can’t be embarrassed by that. I was the one who invited her and she honoured the invitation and she showed up. In terms of what she wore, I feelsShe’s a confident woman and she’s not afraid of showing and being herself and I admire her for that,” Kwesi told host, Abeiku.

Ghanaian movie producer, Pascal Aka has revealed how movie awards schemes in Ghana do not take the movie industry seriously compared to their Nigerian counterparts. END_OF_DOCUMENT_TOKEN_TO_BE_REPLACED

Ghanaian actor, Prince David Osei has expressed his concerns about the implementation of tax on mobile electronic transactions (e-levy) and if the government will put the monies into good use. END_OF_DOCUMENT_TOKEN_TO_BE_REPLACED

Ghanaian Lawyer, Sandra Ankobiah is not new to the fine and luxurious life. END_OF_DOCUMENT_TOKEN_TO_BE_REPLACED

General Manager of GhOne TV, Nana Aba Anamoah has cautioned young girls not to fall for the pressures of society and rush into marriages. END_OF_DOCUMENT_TOKEN_TO_BE_REPLACED