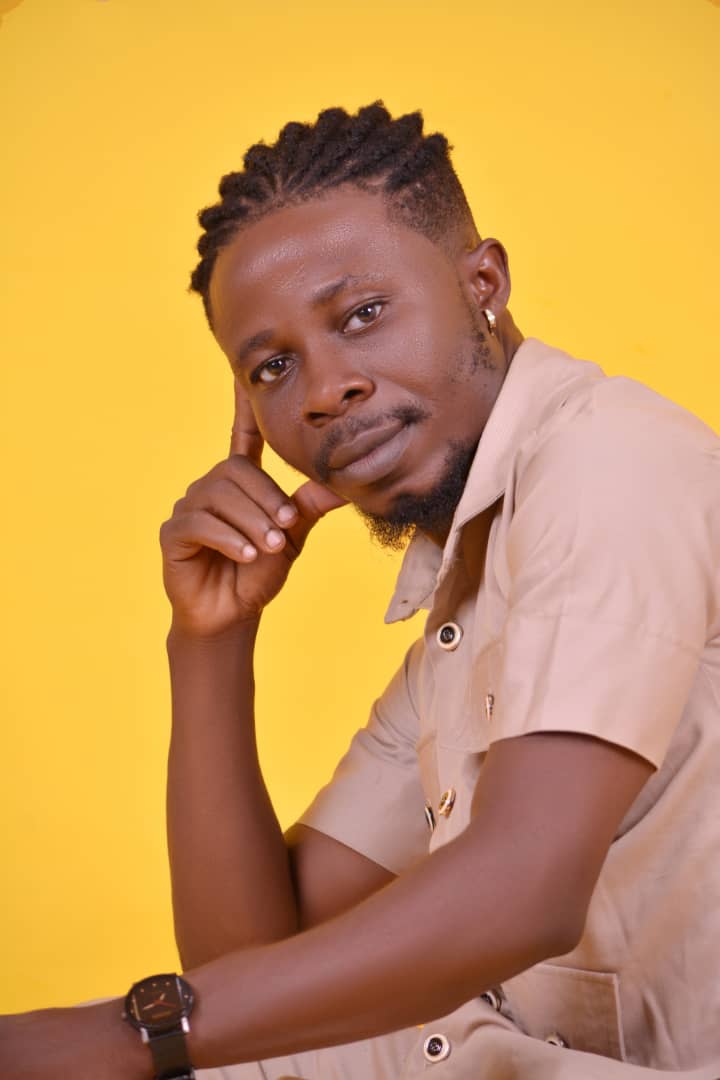 One of Ghana’s upcoming highlife/afrobeatartistes, Charles Kwesi Quansah, known in the music scene as Charles Fanti has disclosed that he is indeed happy with how his single titled ‘Sake of Love’has been accepted by music lovers as well DJs and presenters.

The artiste, who is fast becoming popular, is making a lot of waves on the music scene with his latest single titled ‘Sake of Love’ produced by Gavali Music.

Reports available indicate that after the release of his hit single a few weeks ago, Charles Fanti has caught the attention of local music lovers so much that they are currently on various digital music platforms to download the song.

His management team said pre-release comments on the song from some music stakeholders including radio DJs and presenters are mind-blowing.

He indicated that the lyrics of the song speak for itself and “I can say that the purpose of the song has been achieved.”

He added that his artiste (Charles Fanti) is ready to make his presence felt in the music industry this year and in the coming years.

According to him, Charles Fanti whose dream is to make an impact on both the local and world music scene will soon make tremendous impact in the lives of people in the society through his music.
In a chat, Charles Fanti, who wants to be counted among the best in the Ghanaian music scene in the future said, “I have groomed myself very well to meet the challenges ahead of me.”

He added,“I want to take my music to every part of the world. I want to compete with those on the music scene. I am ready to change the trend of Ghanaian music. I’m unique in my own way.”

His quest for growth and knowledge has taken him further as he is catching up with great professionals in the showbiz industry in Ghana and beyond who are ready to support him achieve his dream.

Charles Fanti, who believes in good music that tends to have a positive impact on the society and the world as a whole, appears to have the energy to follow in the footsteps of AbrantieAmakye Dede who, after several years, is still rocking Ghana’s entertainment scene.

He sings about love and relationship, hence one of his objectives is to use his music to mend broken hearts and enhance beautiful relationships among couples.He says love is a beautiful thing and needs to be maintained all the time.

Related Topics:Charles Fanti
Up Next

Jupitar reveals how he came to be on “Ghost’s album

The woman who led the “Me nsa aka ooo” TV commercial 13 years ago to promote MTN’s Mobile Money (MoMo) has been gifted a 2-bedroom house. END_OF_DOCUMENT_TOKEN_TO_BE_REPLACED

It’s difficult to predict where Stonebwoy will be in the coming days, weeks, months, or years. As a musician with a keen interest in pushing his sound to the world and etching his name in the minds of new fans, 2022 has been described as his busiest music year thus far since gaining mainstream recognition in 2012 with Pull Up—seven years after he made his official debut—the musician confirmed this via social media after his last summer show. END_OF_DOCUMENT_TOKEN_TO_BE_REPLACED

Ghanaian actress, Nana Ama McBrown has revealed that there’s absolutely no bad blood between her and her ex boyfriend, rapper, Okyeame Kwame. END_OF_DOCUMENT_TOKEN_TO_BE_REPLACED

Veteran Ghanaian actor, Kofi Adjorlolo has denied claims that he was set to marry the mother of popular Dancehall act, Shatta Wale. END_OF_DOCUMENT_TOKEN_TO_BE_REPLACED