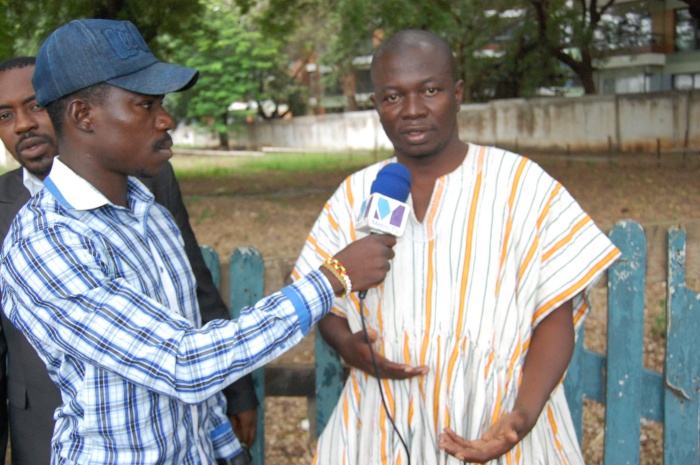 The National vice president of the Zongo Research Institute, Mr Alhassan Abdallah Musah has said ,the problems of urban communities has been the abuse of substances especially drugs, pain killers and Ecstasy drugs. Revealing that, In this 21st century all major cities and even advance countries struggle to control drug addiction .And It is, however widely acclaimed that ,sporting activities stop or minimize idle time which contributes so much in drug addiction, he observed.

According to Mr. Alhassan , the  institute,  are  strongly against drug addiction and the office  has done so much advocacy and research for  insightful  level ,and the underlined causes of drug addiction in Ghana, particularly  in  ZANGOS.As a research body, which seeks to make sense of government policies and their impact for the targeted population or beneficiaries  ,he continued that ‘’we seek true answers by research. It is in this light that the institution conducted an awareness study on the effect of the sporting facilities on the level of drug addiction in the Zongo communities’’

Also 150 from both with and without access to these facilities have never abuse drugs but are likely to become addicts, due to peer pressure as they are close with the drug users. ZRI seeks to draw the following conclusions, whether those accessing the facilities have some effect on their time at the ghetto, hence reduction in  abuse of drugs,  and also whether those with no access to the facilities were able to reduce their time in the ghetto or were able to recruit moods from the 150 non-drug users’’

The policy analyst, who has specialized on the activities and trend of Zango pointed  the interest nature of the findings ,even though the research is on course with the second face taking  place in 2022 ,he revealed.

Adding that, the think tank institute can confidently conclude that ‘’20 to 40 % of those with access to the facilities are likely to stop abusing drugs if the trends of minimal time and intake of abuse drug continues’’
‘’Also the remaining drug users have their intake significantly reduced, given hope that, counseling and rehabilitation can easily change their path’’.

However, the research work can attribute that, the lack of these facilities would worsen the situation of the 500, and even caught up with the 150 non-drug users among them. As the adage goes ‘’Satan finds work for idle hands’’
An alternative result is that, if the accessibility of these facilities is wider to cover huge targets, the transformation would be impactful for Zongo development.

Mr. Alhassan did not only reiterate  the importance of The Zango Research Institute to make available the full details of the work on their website and other related websites but highlight what he called  the ‘ZANGO DEBATE’ as an election watch program  to utilize the various policies for the development of Zongo.

concluding that, ‘’There is no doubt , the effect for the policy of building sporting facility in  ZANGO is enormous, and we hope  that, the government, in planning future facilities should consider developing a  sports complex as ZANGO is the home different sports  talents.

PHOTOS: When Agyinasare and wife renewed wedding vows after 35 years of marriage