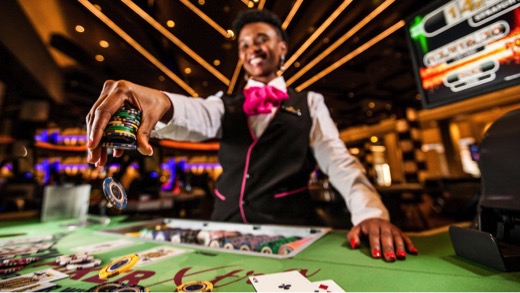 Ghana is a growing, thriving country in Africa, which gets a lot of attention from the world these days due to its improving popularity and lifestyle which is getting better and better. From websites telling you about online casinos in the country, like CasinoGuru Canada, to concerts and performances, you can find it all in this beautiful country, either through the internet or by exploring it firsthand on your holidays.

A huge part of this reputation and popularity is owed to the celebrities that the country has been producing, who are determined to leave their marks on this world through their talent. We have compiled a list of some of the most influential Ghanaian celebrities that you wouldn’t want to miss meeting or getting entertained from, be it in Ghana or anywhere else in the world.

Known as the Grandpapa or Godfather of hiplife, this guy has reached milestones in the music industry.He’s the owner of the famous Django Bar and Grandpapa’s Lounge, which see celebrity visitors all the time. His deal with Globacom has made him a star who is popular outside of Ghana as well.

Coming from humble beginnings and a tough life, Nana made her way through the industry by starting off as an anchor and later going big and becoming the host of the Divas Show. She is an independent single mother, who almost had her child aborted due to the rough conditions of her life. Relentlessly, she fought until her struggles were behind her and she became one of the most renowned personalities in Ghana.

It’s true that if you have a talent and the will to be someone, you will become someone. Paedae is one of those people who made it into the list of influencers thanks to his mind-blowing talent of rapping.He is known to have some of the toughest lyrics in the business, which took the Ghanaian music industry by a storm and earned him a place among the most renowned celebrities of his time.

This guy is one of the most famous hip-hopartists with his rap songs topping all the charts ever since he came onto the mainstream rap scene. The best part about Sarkodie is that he does it all for the work and love, never for the money, inspiring other rappers to do the same.

This woman is an amazing example of some of the most powerful women in our world because of her beauty and talent. She won the Miss Ghana beauty award in 2005 and later went on to bag the award for the most talented rapper owing to her powerful, original rap.

In the past 13 years, Yvonne has only racked up her following and the people who love her and has become an inspiration for all women out there to pursue their dreams without any shame or second thoughts.

Funny Face, as the name goes, has the talent to make even a serious person laugh their lungs out with his fantastic talent in comedy. He is humble, good-looking and someone who can crack you into laughter with ease. His creations are some of the best standup sets ever produced in Ghana and abroad, and he is a well-deserving candidate of being on our list.

This music artist and style icon, thanks to his long dreadlocks tied with a scarf, is a national and an international sensation. Also known by the name Mr. Music Man, Kojo went viral with his debut album.He is also the proud host of an annual show which invites rich men and celebrities every year. He has also sold around 22 albums worldwide.

All the people mentioned here are some of the most talented individuals who hail from Ghana. They made sure that regardless of their background, race or tradition, the world knew about them, their talent, their struggl, and, most importantly, the country that they all represent, the great Ghana!

Simple and convenient way to use mobile livescore feature

Are the Benefits of Dental Implants Worth the Risks?