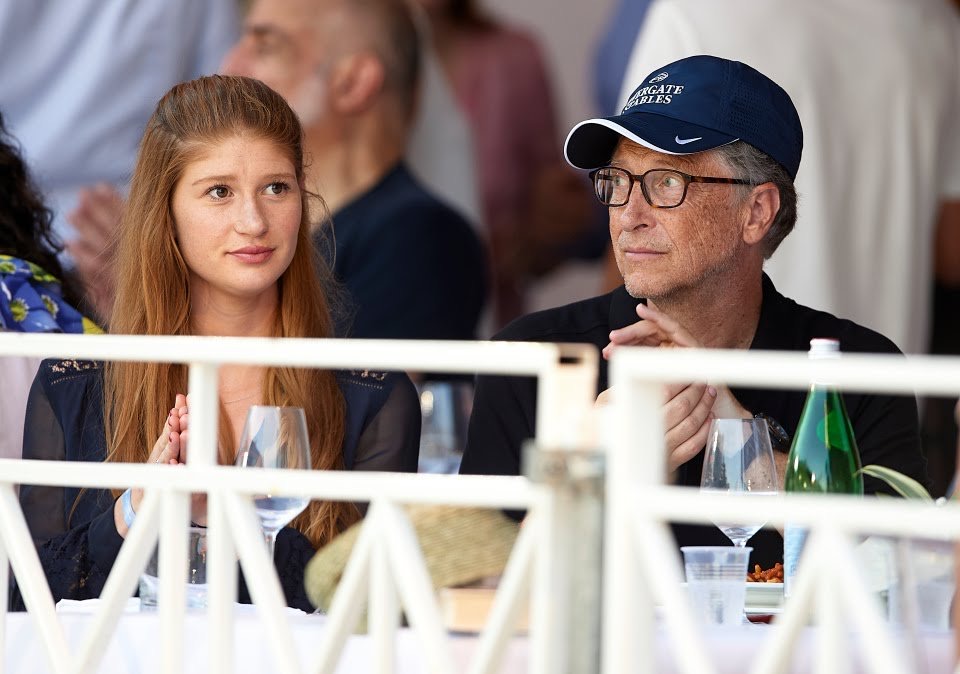 Bill and Melinda Gates’ daughter Jennifer has spoken out after news of her parents’ divorce, saying it has been a ‘challenging’ time for the whole family.

Microsoft founder Bill and his wife of 27 years Melinda announced yesterday (3 May) that they had decided to split up, releasing a joint statement on social media.

Their daughter Jennifer, 25, has since commented herself, saying in a post on Instagram: “By now, many of you have heard the news that my parents are separating.

“It’s been a challenging stretch of time for our whole family.

“I’m still learning how to best support my own process and emotions as well as family members at this time, and am grateful for the space to do so.

“I won’t personally comment further on anything around the separation, but please know that your kind words and support mean the world to me.”

She added: “Thank you for understanding our desire for privacy while we navigate the next phase of our lives.” 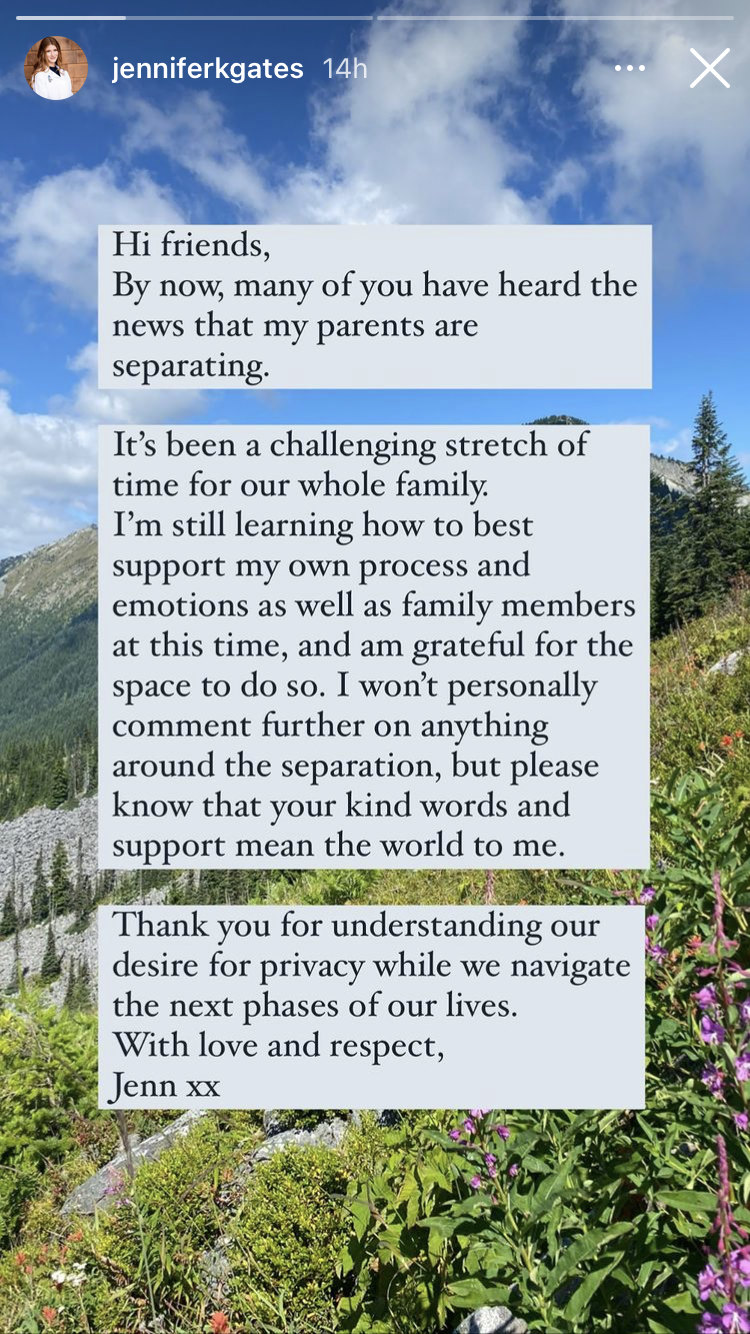 Her parents have been together since 1994, having together founded the Bill and Melinda Gates Foundation, which states its aims as ‘improving people’s health and giving them the chance to lift themselves out of hunger and extreme poverty in developing countries.

The foundation has also invested billions of dollars in fighting infectious diseases and getting vaccines to children in need.

They met in the late 1980s after Melinda joined Bill’s Microsoft firm, going on to have three children.

A joint statement posted to social media yesterday announced they had decided to split after 27 years of marriage, asking for ‘space and privacy’ as they moved on to the ‘next phase’ in their lives.

It read: “After a great deal of thought and a lot of work on our relationship, we have made the decision to end our marriage.

“Over the last 27 years, we have raised three incredible children and built a foundation that works all over the world to enable all people to lead healthy, productive lives.

“We continue to share a belief in that mission and will continue our work together at the foundation, but we no longer believe we can grow together as a couple in this next phase of our lives.

“We ask for space and privacy for our family as we begin to navigate this new life.”

Related Topics:Bill Gates
Up Next