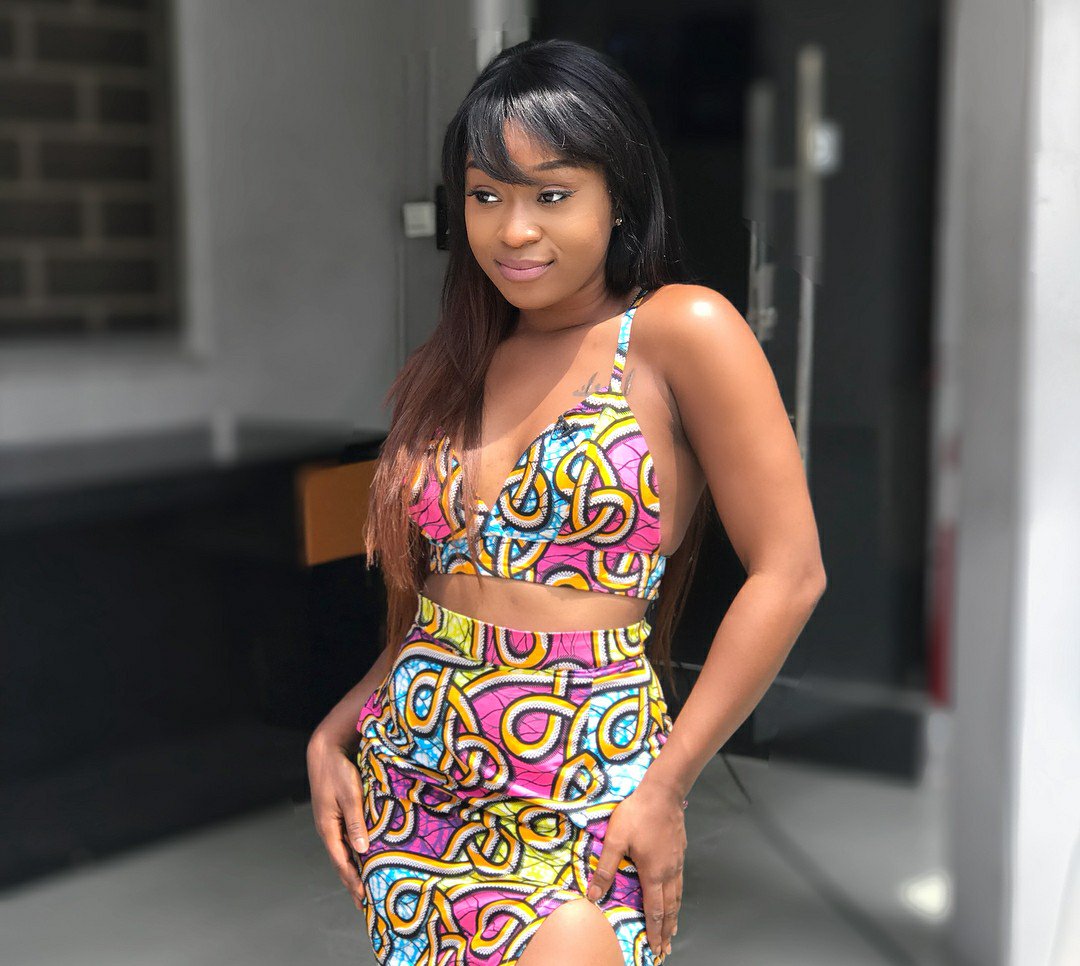 Efia Odo[/caption] Actress and TV Presenter, Efia Odo, has admitted to having a difficult time living as a Christian. The actress who has being criticised on so many occasions for exposing too much on social media still insists that she is a devoted Christian. She noted that she got saved after listening to the sermon by Dr. Jaunita Bynum titled “No More Sheets”. In an interview on ‘This Is Gospel’ on Hitz FM, the actress said,  “When I was in my early 20s…I played Sonnie Badu’s ‘Covenant Keeping God’ in my room after watching a sermon by Juanita Bynum. I started praying…The Holy Spirit took over…I started speaking in tongues. I just heard a voice saying ‘I am with you’. Nobody touched me. ‘It was like I was lukewarm. My flesh and spirit were always fighting”. Efia Odo was also quick to add that her Christian walk has not been easy in today’s world as he reveals that she constantly battles with sin. “I am in love with Him but I am struggling. To live in this world that we live in now and to be a pure Christian, worshipping God in spirit and in truth is not something that is so easy to do”, she added. The actress and presenter also stated that her journey began when she was a teenager and also a member of a church choir in New York in the U.S. She admitted that after a while, she felt she was only doing it to prove to people that she was a good girl. The actress added that her walk with Christ hasn’t been an easy one.]]>

“I Never Slept With Rosemond Brown: I stopped Womanizing When I settled down”- Fred Amugi

Nigerian hip-hop artiste, Eedris Abdulkareem has disclosed that he is battling kidney failure and will have a surgical operation at the end of July. END_OF_DOCUMENT_TOKEN_TO_BE_REPLACED

According to reports from Nigeria, unidentified gunmen have attacked an ‘advance team’ of President Buhari’s presidential aides leading to injuries to two people. END_OF_DOCUMENT_TOKEN_TO_BE_REPLACED

Sensational highlife/afrobeat artist KiDi has said that his dream is to collaborate with Daddy Lumba on a song. END_OF_DOCUMENT_TOKEN_TO_BE_REPLACED

Award winning South African actor, Sthembiso ‘SK’ Khoza has once again become a trending topic on social media after a snippet from his sex tape – which shows him performing oral sex on an unknown woman – went viral. END_OF_DOCUMENT_TOKEN_TO_BE_REPLACED

It is no secret that “HipLife” Grandpapa, Reggie Rockstone is the pioneer of the genre in Ghana. END_OF_DOCUMENT_TOKEN_TO_BE_REPLACED