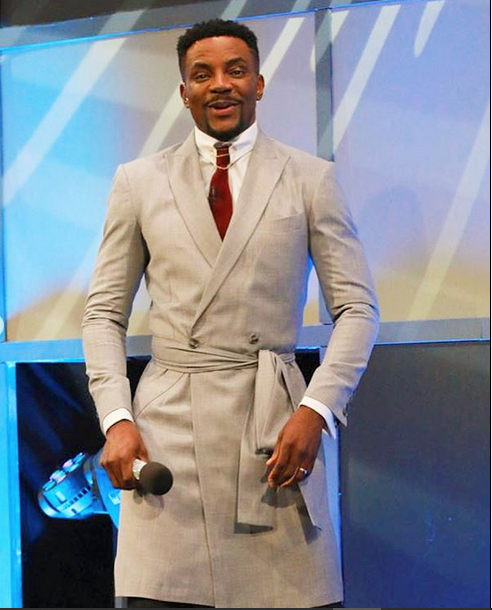 Award winning African music icon Innocent ‘2baba’ Idibia will be performing at the seventh edition of the prestigious Africa Magic Viewers’ Choice Awards (AMVCAs) set to hold at the Eko Hotel on Saturday, March 14, 2020. Viewers will be able to watch the show and 2baba’s performance live on all Africa Magic channels on DStv and GOtv from 4pm Nigerian time.

At the seventh AMVCA, Africa’s top movie stars and filmmakers will contend for honours in various voting and non-voting categories in recognition of their exceptional work and contribution to the movie and film industry in Africa in the past year. Since its launch in 2013, the AMVCA has become the biggest stage to celebrate African talents in film and television and this year’s event promises to be one of its best yet.

The Channel Director, Africa Magic Channels, Wangi Mba-Uzoukwu, said: “As we celebrate another year of excellent work by African talents in film and television, we are excited to give our esteemed guests and viewers at home a show that will live long in their memory. On Saturday, March 14, a lineup of performances by some of Africa’s finest voices will be on show for guests and viewers from across Africa and the rest of the world. We urge viewers to tune in on all Africa Magic channels to find out what awards their favourite stars will be walking home with.”

Viewers can expect an evening of boundless fun at the AMVCAs as there will be more than enough songs to pick from 2baba’s phenomenal music catalog, while special renditions of AMVCA nominated soundtracks such as ‘Original Gangster’ by Sess, Reminisce and Adekunle Gold, ‘Tene’ by Larry Gaga and Flavour, ‘Stay With Me’ by Ighwiyisi Jacobs, ‘The Gift’ by Mercy Aghedo, and ‘Run’ by Timzil will add gloss to the event.

The 7th edition of the AMVCAs will be broadcast on all Africa Magic channels on DStv and GOtv from 4pm Nigerian time. For more information on the AMVCAs and other Africa Magic programming, please visit www.africamagic.tv

Maisha Magic Plus, Launches on DStv

Stonebwoy featured On “Reasoning With ODESSA”

On Tuesday, August 2, Netflix hosted a “See What’s Next Africa” content showcase in Lagos, Nigeria, to spotlight its increased investment in Africa’s rich storytelling history through exciting new projects in a wide range of genres and formats that will be available in 190 countries. END_OF_DOCUMENT_TOKEN_TO_BE_REPLACED

Religious fanaticism and extremism have plunged countries into chaos and conflict the world over. Countries in West Africa that have been affected include Nigeria, Burkina Faso and Mali among others. END_OF_DOCUMENT_TOKEN_TO_BE_REPLACED

The meteoric rise of the African entertainment industry into a reckoning force within the global entertainment landscape has been accentuated by MTV Base’s tireless commitment to expanding the acceptance of African music, lifestyle, and entertainment across the globe. Over the last two decades, and in recent times, it has affirmed this commitment with various innovative campaigns, the most recent of which is its Musicology series.   END_OF_DOCUMENT_TOKEN_TO_BE_REPLACED