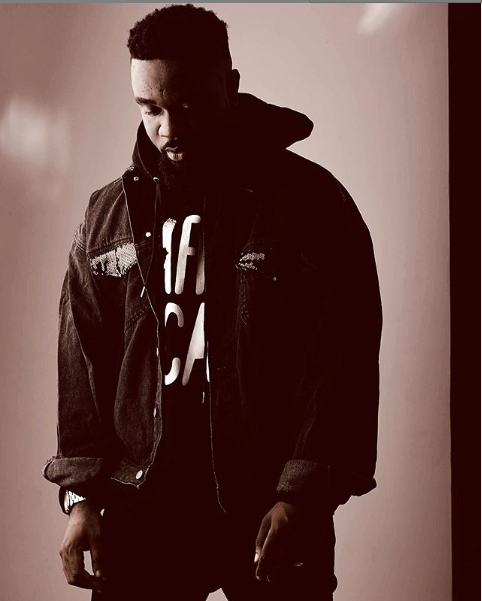 “Artiste of the Decade” winner at the 20th edition of the Vodafone Ghana Music Awards (VGMAs), Sarkodie, has in a series of tweets blamed organizers of the event for making the award show open to the public.

In a series of tweets yesterday, the “Bibiiba”  rapper stated that Charter house’s first mistake was selling tickets to fans to come witness the awards. In his defense, this only paved way for tensions to rise between fans and their artistes.

Citing an example, Sarkodie mentioned that even though football fans are allowed to visit the stadium to watch their favorite teams play, when it comes to award shows like CAF, fans are only allowed to watch and support from home .

Sarkodie also went ahead to explain that bigger award shows like the Grammys, BET, MTV among others make these restrictions to save themselves from situations like this.

See his tweets below: 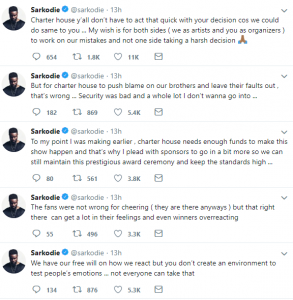 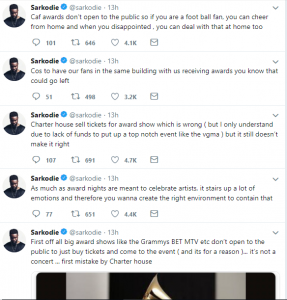 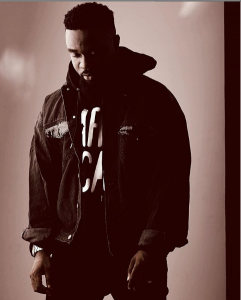 Sarkodie’s tweets come after the organizers of the VGMAs on Thursday, at a press conference, gave out sanctions to Stonebwoy and Shatta Wale who’s rivalry brought the show to a halt last Saturday.

Sarkodie however feels the sanctions were too harsh and that it’s not entirely their fault that things went the way they did.

“But for Charterhouse to push blame on our brothers and leave their faults out, that’s wrong….security was bad and a whole lot I don’t wanna go into….Charterhouse y’all don’t have to act that quick with your decision cos we could do same to you…” he wrote.

Highly Spiritual Music signee, Lasmid, has stated that he wasn’t expecting his song “Friday night” to reach such great heights within a short time frame. END_OF_DOCUMENT_TOKEN_TO_BE_REPLACED

The 2023 African Cup of Nations, AFCON initially scheduled for Côte d’Ivoire next June will now be held in January and February 2024 due to the concerns over the rainy season in the country. END_OF_DOCUMENT_TOKEN_TO_BE_REPLACED

Bose Ogulu has told her son Burna Boy to “tone down the madness” as she celebrated his birthday. END_OF_DOCUMENT_TOKEN_TO_BE_REPLACED