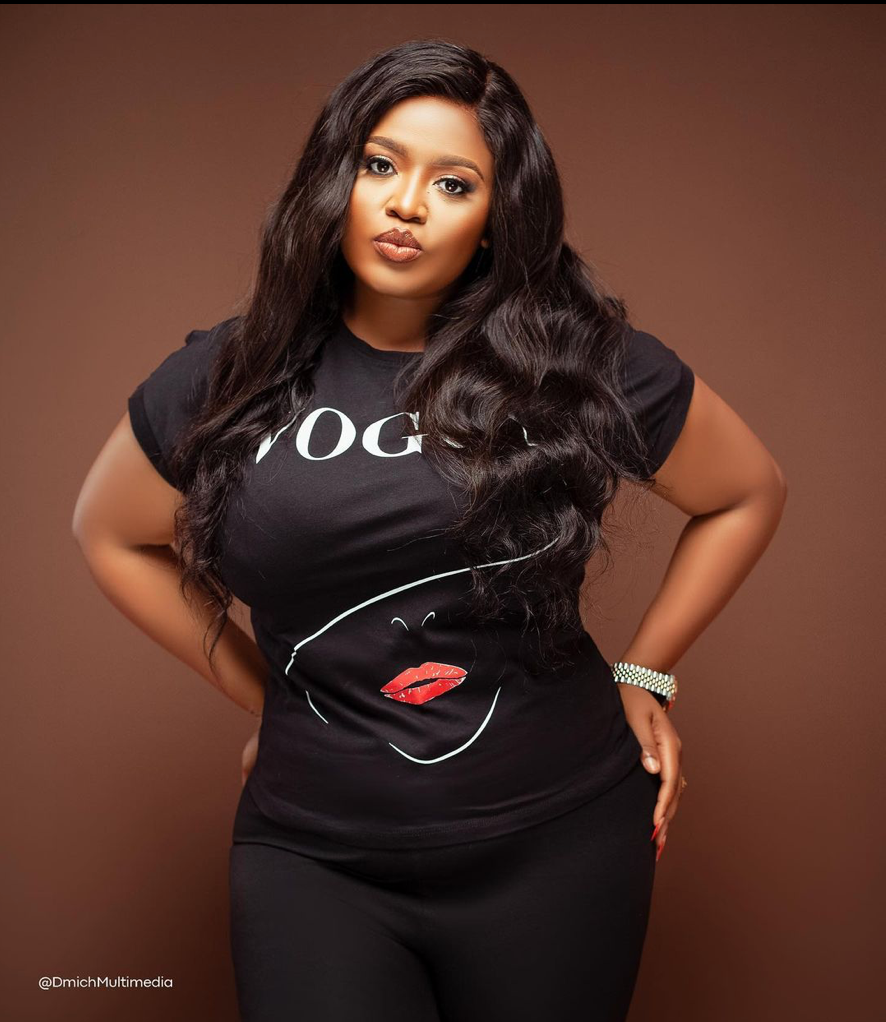 Award-winning Entertainment Journalist, Gloria Akpene, popularly known as MzGee has responded to claims that she pranked her bosses at her former place of employment with a letter of resignation.

According to reports by some blogs, MzGee’s resignation from her former workplace at Media General was a prank gone wrong.

Apparently, she had handed in a letter of resignation in hopes that the media outfit would overturn some changes they had made concerning her hosting some shows.

However, her prank went wrong as her bosses accepted her resignation and she was left to her fate, lurking around hoping that they would call her back to take her position.

Reacting to the news, MzGee has emphatically reiterated that her decision to quit was not a prank.

She states that her former employers were rather “afraid” that she was moving to another outfit.

MzGee adds that she is a very “important journalist” and no media outfit has ever sacked her. She only walks away when the media outfit no longer serves her purpose.

MzGee also bragged that she’s a “newsmaker” and she’s got the “Midas touch,” hence the jealousy she’s getting from people.

“Enough of the NONSENSE! I know you’ll are a jealous bunch but I carry GRACE and that’s the secret.  Watch out for production and then appointments. I’m too good to be sacked. I am a NEWSMAKER!  I’ve got the MIDAS TOUCH!  Tag the bloggers who have either been paid or have no story! Tell them, they’ve got my attention,” she captioned her statement on IG.

See her full statement below;

Black Sherif is getting ready to release his debut album, and the tracklist has everyone excited. END_OF_DOCUMENT_TOKEN_TO_BE_REPLACED

The Ghana Police Service has mounted a search for a man who was caught on video flogging a baby under a tree. END_OF_DOCUMENT_TOKEN_TO_BE_REPLACED

Broadcaster, Serwaa Amihere has advised women not to put too much stress on their men as they may be going through a lot. END_OF_DOCUMENT_TOKEN_TO_BE_REPLACED

Dr. Edem Mahu from the University of Ghana, has received the “Africa Award for Research Excellence in Ocean Sciences” from AGU. END_OF_DOCUMENT_TOKEN_TO_BE_REPLACED

A brand-new Alisa Hotel location in Tema was unveiled on Friday, September 30, 2022 in pomp.  END_OF_DOCUMENT_TOKEN_TO_BE_REPLACED