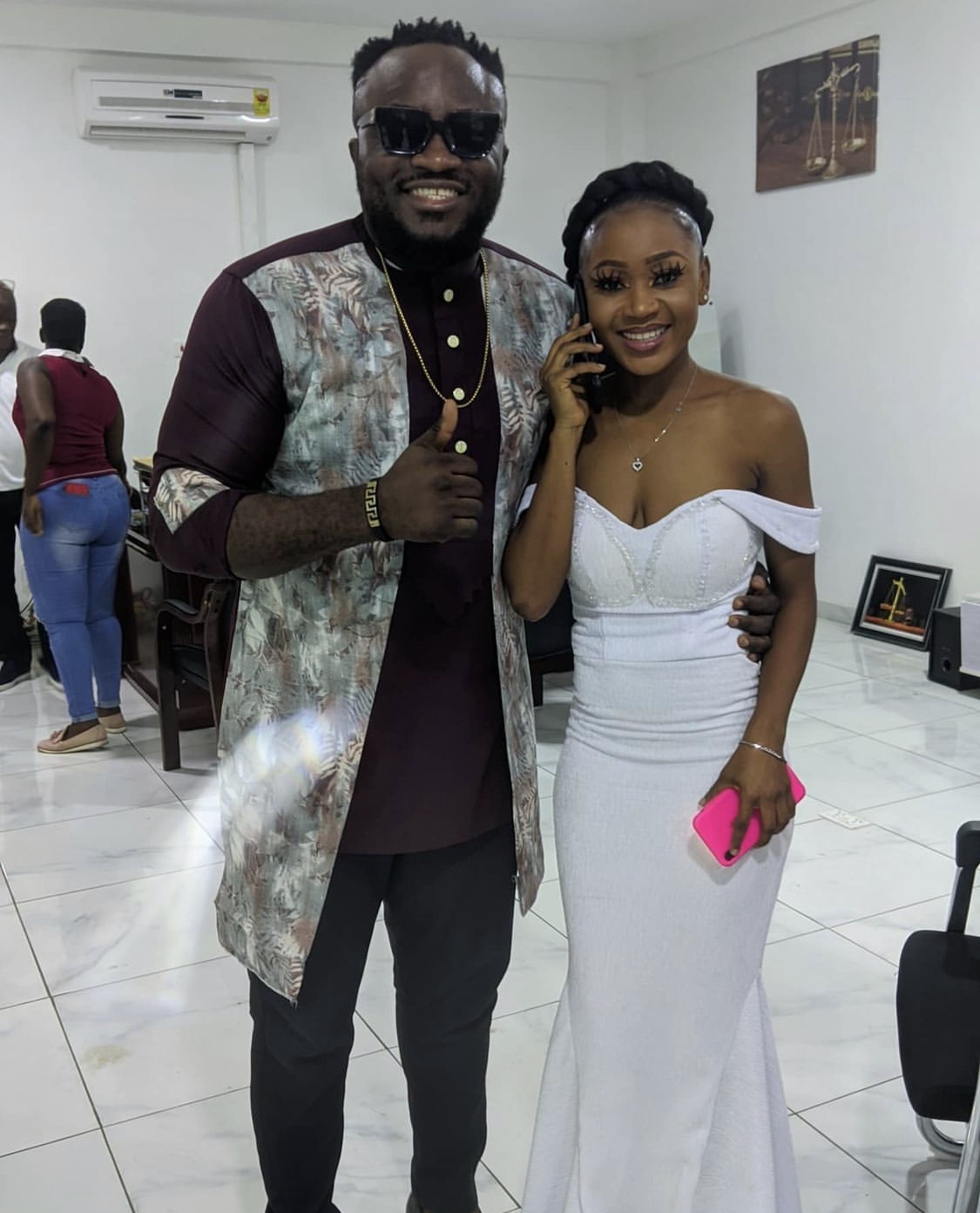 This comes following Akuapem Poloo’s video earlier today accusing the Comedian for allegedly receiving a 4000 cedis donation on her behalf which she never received.

Akuapem Poloo in a video today revealed that she didn’t receive a penny from DKB who was asking for and receiving donations on her behalf during her conviction.

“Since I got back from jail, people have been calling from the US and UK to tell me they have given money to someone to be sent to me but I didn’t say thank you to them and so I’m ungrateful. I’ve not received any money from anyone. A woman by the name Maa Alice called yesterday to inform me he has given DKB 4000 cedis to be given to me and I haven’t called to say thank you to her. So I called DKB to ask him about it and he refused to pick up and hasn’t returned my call till now,” Poloo said in the video.

DKB has since reported the matter to the police and sworn to drag Akuapem Poloo for tarnishing his image.

“Papa ny3 shwii, boni nso ny3 shwiii. You can either be ungrateful or a defamer but you decided to be the 2. I swear on every sweat, blood and insults I’ve received, the extent to which I went to support is the same extent I’ll go to drag you over this. It go over you. Be careful when helping a Ghanaian. I’ve really regretted everything.”