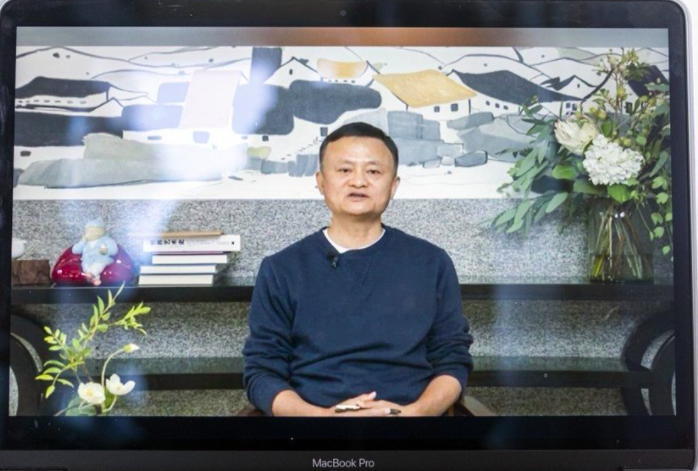 Jack Ma, the founder of Alibaba Group, delivered a video speech to 100 rural Chinese teachers on Wednesday morning, marking his first public appearance in nearly three months after his controversial speech at a Shanghai financial forum on October 24.
According to a report by the Tianmu News, a news service run by the official Zhejiang Daily Group, Ma said in the video remarks that he has been “learning and thinking” and he concluded that Chinese entrepreneurs must serve the country’s visions of “rural revitalisation and common prosperity”.

The media report included a 50-second video clip of Ma as well as the full transcript of his speech. The Jack Ma Foundation confirmed that Ma took part in the online edition of the annual Rural Teacher Initiative event on Wednesday.
Alibaba Group Holding, the owner of the South China Morning Post, jumped by as much as 11 per cent in Hong Kong on Wednesday. Alibaba Pictures, the distributor of the Oscar-winning Green Book and other movies, advanced 2 per cent, while Alibaba Health Information Technology surged by as much as 12.6 per cent in its biggest intraday percentage jump in six months.

Ma’s reappearance came after weeks of speculation over his whereabouts. He has not been seen in public since the Shanghai speech in late October.
In the video, Ma spoke to rural teachers during the Laba Festival, a traditional Chinese holiday on the eighth day of the 12th lunar month. It is considered an auspicious day that signals the start of the Spring Festival period.

Related Topics:Jack Ma
Up Next