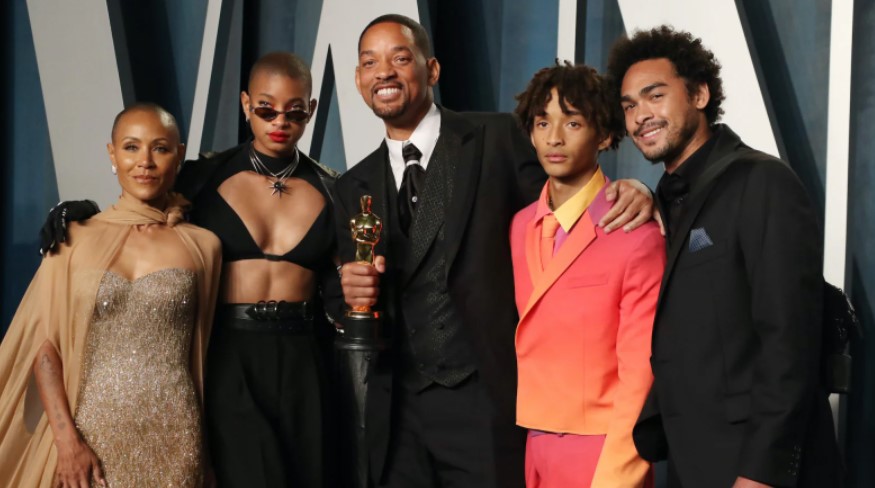 Jada Pinkett Smith acknowledged the controversy surrounding the Oscars on the first episode of “Red Table Talk” since her husband, Will Smith, shocked Hollywood by slapping Chris Rock, saying the incident will be discussed later.

“Considering all that has happened in the last few weeks, the Smith family has been focusing on deep healing. Some of those discoveries around our healing will be shared at the table when the time calls,” she said in a statement at the start of Wednesday’s Facebook Watch show.

“Until then … the table will continue offering itself to powerful, inspiring and healing testimonies like that of our incredibly impressive first guests.”

The show returned Wednesday for its fifth-season premiere with Pinkett Smith joined around the iconic red table by her daughter Willow Smith; her mother, Adrienne Banfield-Norris; and their first guest, actor and singer Janelle Monáe.

The stunning onstage incident at the Dolby Theatre in Los Angeles on March 27 happened after Rock made a joke about Pinkett Smith, saying he was looking forward to seeing her in “G.I. Jane 2.”

In 2018, Pinkett Smith revealed that she had been diagnosed with alopecia, a condition that causes hair loss. The film “G.I. Jane” stars Demi Moore as a woman who shaves her head during military service.

A tumultuous few weeks followed the ceremony, at which Smith won the best actor award for his role in “King Richard.”

Smith apologized to Rock in a statement the next day, saying he was “out of line” and “embarrassed.”

“Jokes at my expense are a part of the job, but a joke about Jada’s medical condition was too much for me to bear and I reacted emotionally,” Smith added.

He resigned from the Academy of Motion Picture Arts and Sciences and was banned from attending the Academy Awards for 10 years.

Smith said at the time, “I accept and respect the Academy’s decision.”

Pinkett Smith appeared to break her silence two days after the slap on Instagram, writing: “This is a season for healing and I’m here for it.”

One of the three men charged in relation to Mac Miller‘s 2018 death from a drug overdose has been sentenced to 17 years and six months in prison. END_OF_DOCUMENT_TOKEN_TO_BE_REPLACED

The 2022 Billboard Music Awards took over the MGM Grand Garden Arena in Las Vegas on Sunday (May 15), with Sean “Diddy” Combs hosting and performing. END_OF_DOCUMENT_TOKEN_TO_BE_REPLACED