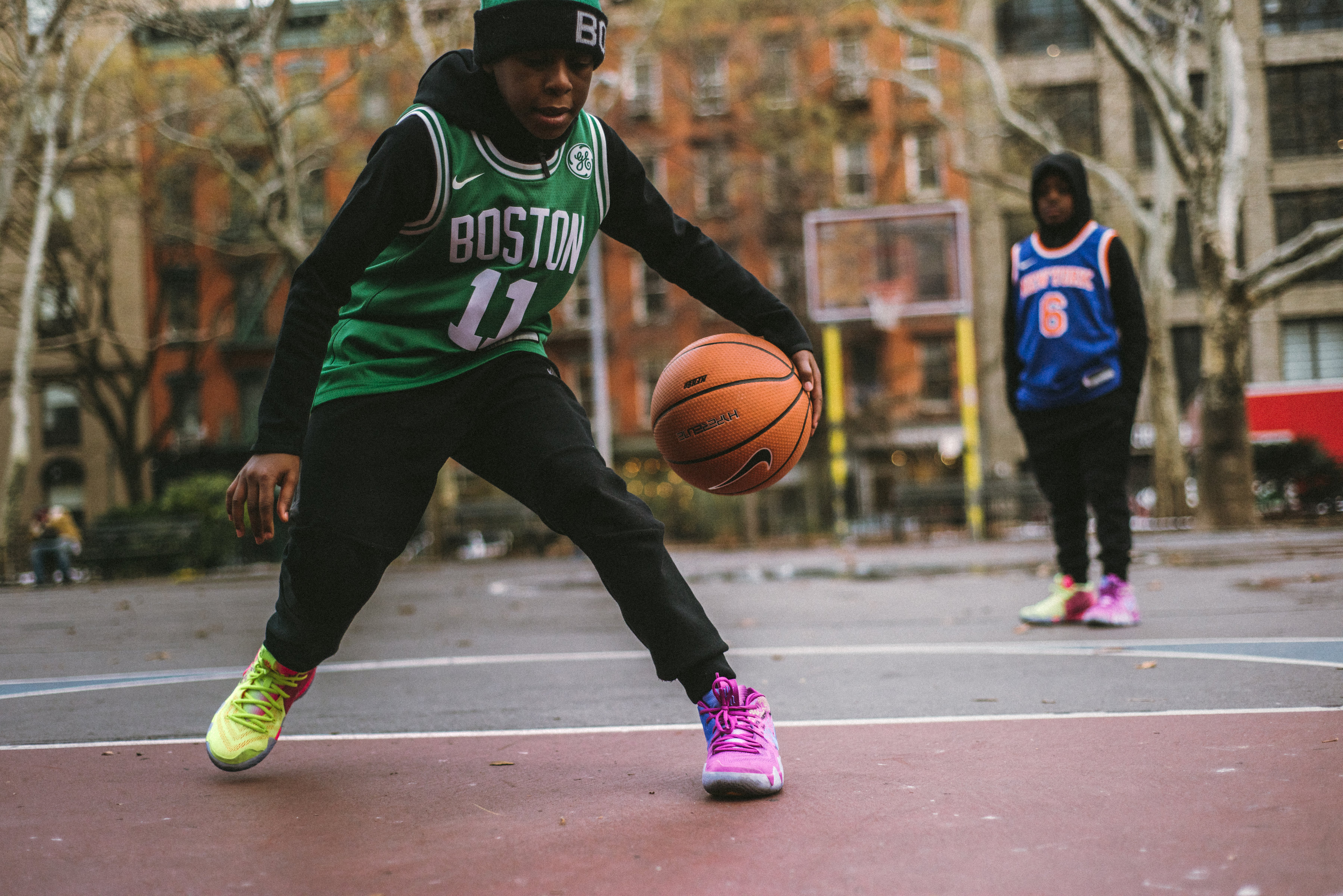 Jahlil wanted to play on the Riverside Hawks, an AAU travel team in New York City, but his parents couldn’t afford the costs.  He set up a GoFundMe account with a goal of reaching $2,500 in donations.

Irving blew that out of the water with a $6,500 donation.

He donated Nike gears and school supplies to kids in Ghana during his visit sometime in April this year! His father James stated the initiative is part of a well thought out plan to get as many children to play basketball as possible.

“What we are doing, why we are is giving back…Nike sent at least like 200 products, 40 sneakers and 40 balls to just give out to these kids. He is going to be starting his Non Profit Foundation it’s going to be called (Jah’s Wish) Foundation and for that every year we will be here” James stated.

Growing up in Englewood New Jersey, Jahlil ‘Jah Swish’ has been playing basketball since he was 4 years old. When asked how he knew that basketball was the sport for him, he politely responded that ‘he was just good at it’. He is a key point guard and shooting guard for 2 New York-based AAU teams, and has regularly won MVP awards for his good sportsmanship.

Related Topics:Jahlil Owusu
Up Next