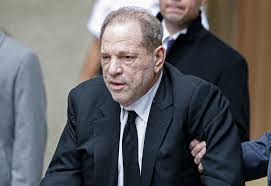 Disgraced movie mogul Harvey Weinstein has tested positive for the coronavirus while in prison for rape and sexual assault, a US newspaper reports.

Weinstein is one of two inmates in the maximum-security prison in Erie County who have tested positive, the officials said.

Juda Engelmayer, Weinstein’s spokesperson, told The Daily Beast on Sunday that “our team… has not heard anything like that yet.” Engelmayer also could not confirm if the Pulp Fiction producer was currently in isolation.

Related Topics:CoronavirusHarvey Weinstein
Up Next

Watch: Cardi B thinks celebrities are being paid to say they have coronavirus