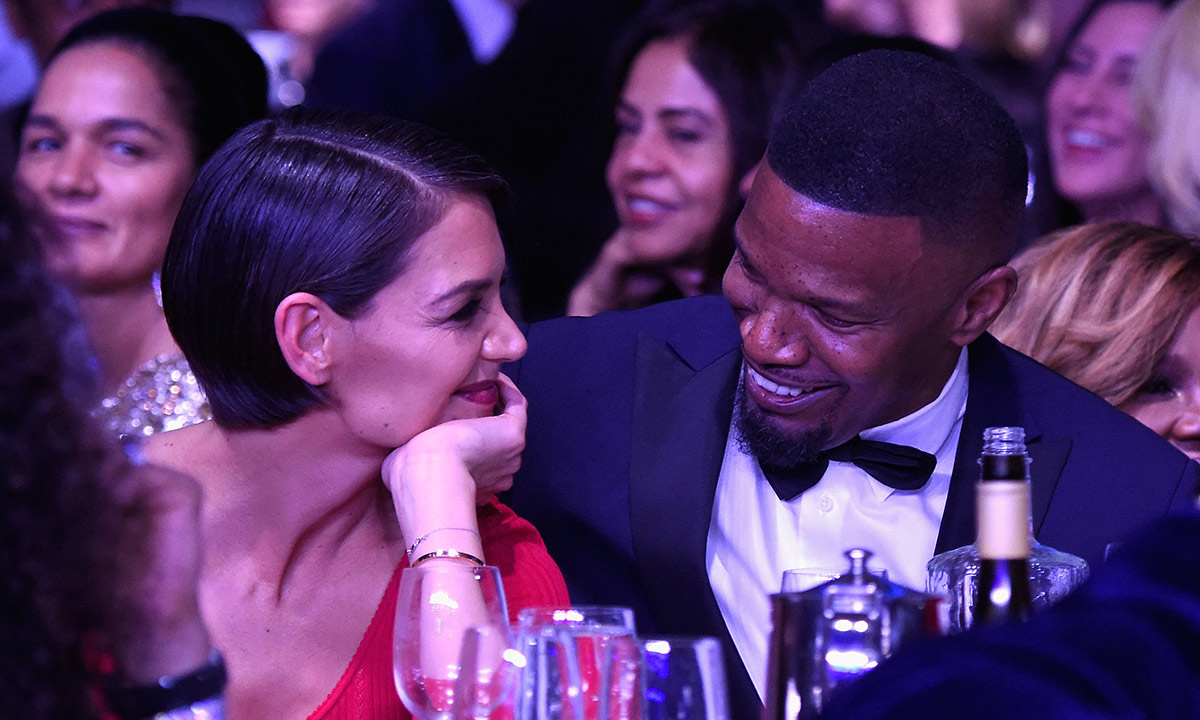 Few days after Jamie Foxx was spotted partying in Los Angeles and holding hands with a much younger singer Sela Vave, it’s been confirmed that his romantic relationship with 40-year-old actress Katie Holmes has hit the rocks after 6 years.

Jamie Foxx and Katie Holmes have been together since 2013, a year after she divorced Tom Cruise. E! News confirmed that they went their separate ways in late May, a few weeks after making their red-carpet debut at the Met Gala.

Together for six years, Foxx and Holmes typically stayed away from the spotlight and only made their first public appearance together in 2018.

An eyewitness at La Esquina restaurant where the actress recently had dinner with her girlfriends, heard her say “What Jamie does is his business — we haven’t been together for months.”

Jamie Foxx’s hot new flame, Sela Vave is reportedly living at his home. Vave has been posting photos of the Oscar-winning actor and singer on social media. Their first snap together appeared on June 30.

I am so grateful to this man! Thank you so much @iamjamiefoxx for everything you do and for believing in me. #feelingblessed 🙏🏽

That moment when you realize you’re on stage with @bep @rundmc @iamjamiefoxx and so many other icons while @bonjovi is singing #livingonaprayer #thehamptons were lit!! 🔥🔥🔥