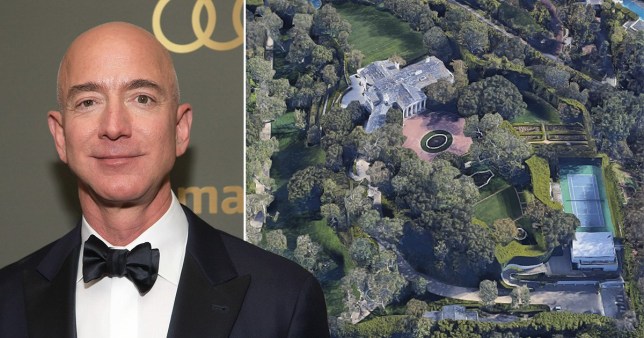 Jeff Bezos has set a new property price record in Los Angeles with the purchase of a $165m Beverly Hills estate, the Wall Street Journal reported.

The Amazon founder’s purchase of the home from the media mogul David Geffen is the largest amount paid for a single-family Los Angeles-area home. The nine-acre estate originally belonged to Jack Warner, the late former president of Warner Bros Studios. Warner built up the estate’s 13,600-sq-ft Georgian-style mansion in the 1930s, reportedly with the wood floor that Napoleon was standing on when he proposed to Josephine.

Ann Warner, Jack Warner’s widow, reportedly declined a $25m offer for the estate after he died in 1978, saying she would live there until she died. In 1990, Geffen went on to break national records when he purchased the estate for $47.5m and auctioned off about $11m of the mansion’s furnishings, which he thought too musty and museum-like, according to the Los Angeles Times. He kept the imported wood floor.

Bezos, who has a $131bn net worth, had been house-hunting in the Beverly Hills and Bel Air area with his girlfriend, Lauren Sanchez, the New York Post reports. One of the other properties they visited was Chartwell, a Bel-Air estate used as the Clampett residence in the television show The Beverly Hillbillies. That home previously set the record when it was purchased by Lachlan Murdoch, son of Rupert Murdoch, for $150m last year.

The real estate deal comes amid concerns from the Democratic presidential hopefuls Bernie Sanders and Elizabeth Warren – along with more than a dozen senators – for Amazon worker safety and health.

In a letter to Bezos, the senators wrote: “Amazon’s dismal safety record indicates a greater concern for profit than for your own workers.”