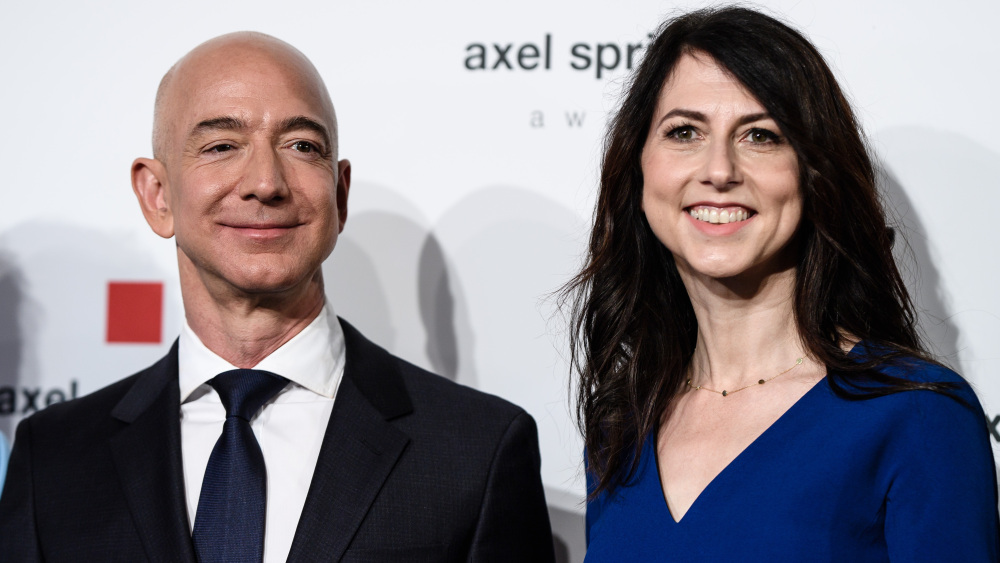 As a result, MacKenzie Bezos is set to gain millions of shares of Amazon worth an estimated US$38 billion

When the Washington judge signed court papers on Friday to formally dissolve the marriage, the terms of the couple’s divorce settlement were made official. The Bezoses announced in April what their divorce agreement entailed: MacKenzie Bezos would grant the Amazon CEO all of her interests in the Washington Post and Blue Origin, and voting control over her stake in the company.

Jeff Bezos would get 75 per cent of the Amazon stock the couple co-owned, while MacKenzie Bezos would be left with the rest.
The remaining 4 per cent stake left to MacKenzie Bezos is just under 20 million Amazon shares, worth an estimated US$38b. A regulatory filing disclosing the shift in ownership, as required by the US Securities and Exchange Commission, is expected this month, Bloomberg reports.

The massive cash injection shoots MacKenzie Bezos to the ranking of third-richest woman alive, according to the Bloomberg Billionaire’s Index. In the rankings, Bezos will sit behind Francoise Bettencourt Meyers and Alice Walton, who each have net worths upwards of US$50b.

MacKenzie Bezos also said in April she had signed the Giving Pledge, a promise taken by some of the world’s wealthiest to donate at least half of their assets to charity in their lifetime or will.

Meanwhile, Jeff Bezos’ post-divorce net worth stands at an estimated US$121b, and he remains the world’s richest person. He has noticeably refused to sign onto the Giving Pledge, though he praised his ex-wife on Twitter for her philanthropic commitment.

Before the split, the Bezos couple was married for 25 years. They first started dating before Amazon was even born, and have four children together. They first announced in January they were getting a divorce.