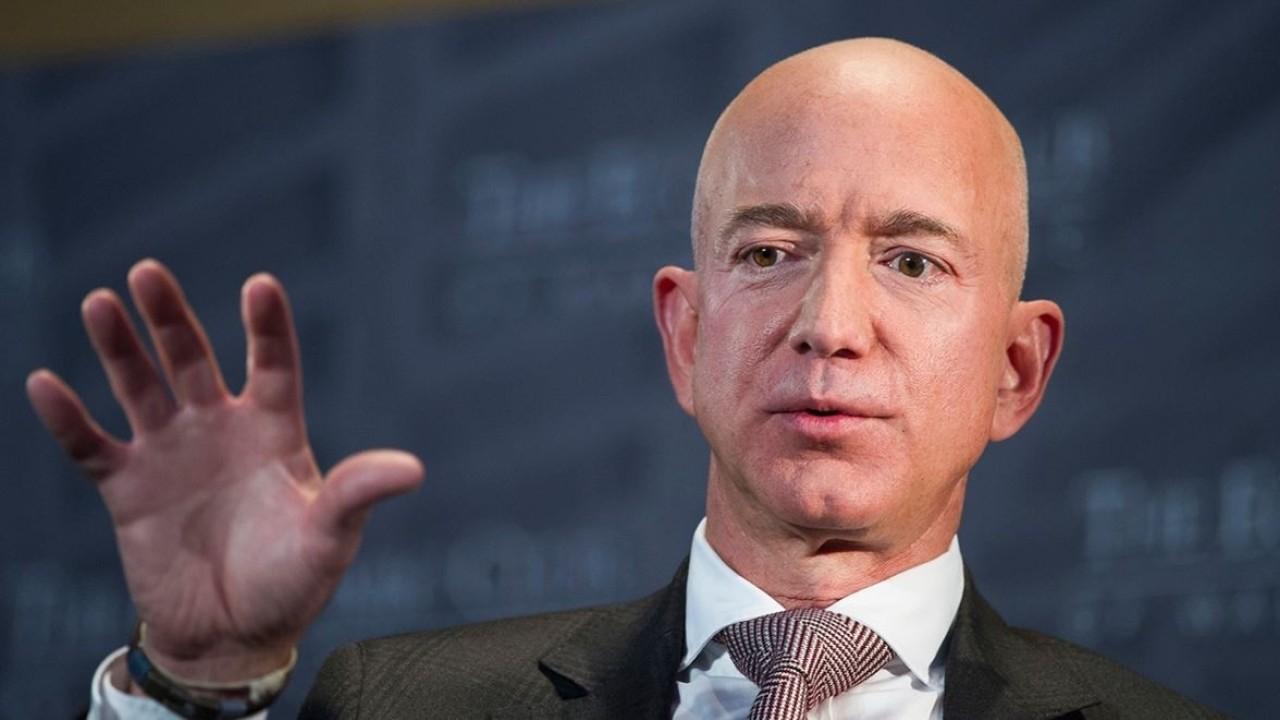 Amazon CEO, Jeff Bezos has shared an email he received from an angry customer expressing his dissatisfaction over his support for the Black Lives Matter movement.

Recall, the World’s richest man declared his support for the Black Lives Matter movement and announced a $10 million donation to organizations working to bring about social justice and improve the lives of Black and African Americans in the wake of George Floyd’s death.

Posting the email to his Instagram page, a man named Dave revealed he had been placing an order with Amazon when he discovered Bezos’ statement of support for Black Lives Matter and immediately cancelled it.

The man also stated that he was ending his business relationship with Amazon.

In response to Dave, Jeff Bezos wrote: ‘There have been a number of sickening but not surprising responses in my inbox since my last post. This sort of hate shouldn’t be allowed to hide in the shadows. It’s important to make it visible. This is just one example of the problem.

And, Dave, you’re the kind of customer I’m happy to lose.’

This comes days after Bezos shared an email exchange between himself and another angry customer on Instagram.

The customer said it was “disturbing” and “offensive” that Amazon posted a “Black Lives Matter” banner on its website. He also pointed out to him that “All Lives Matter.”

In his response to the customer: Bezos wrote: “I have to disagree with you.” 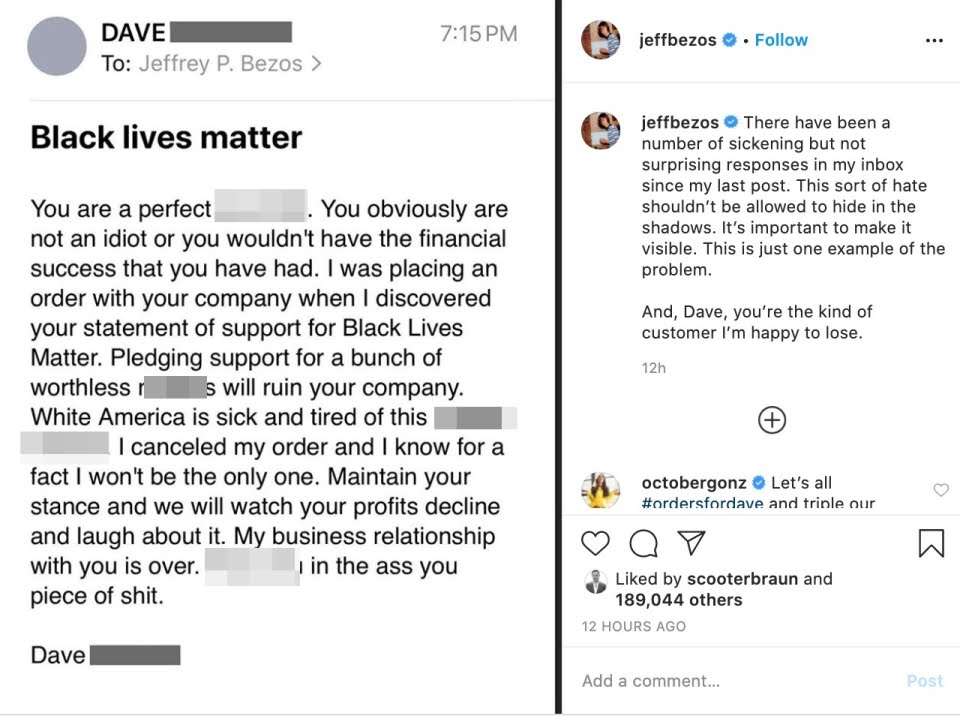 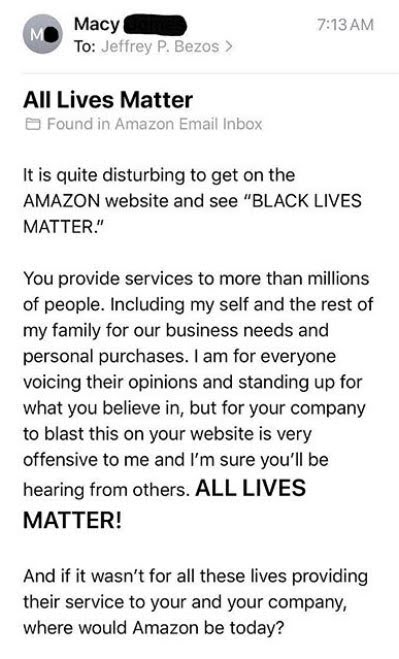 Conor McGregor announces his retirement from UFC for the third time