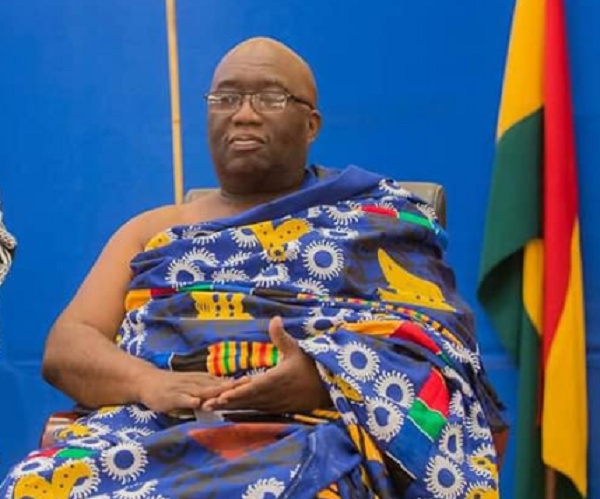 Some Ghanaian fathers consider bride price to be what investor funding is to startup founders, but not Joe Ghartey.

A daughter of Essikado-Ketan Member of Parliament (MP) Joe Ghartey married in a colorful ceremony.
Miss Ewurama Ghartey married her sweetheart in a glamorous traditional wedding ceremony at a private venue over the weekend.

Read Also: “I’m truly sorry and absolutely ashamed about all of it” – Deezy publicly apologizes for sexual assault allegations

The bride’s father, on the other hand, has been the talk of social media for an unusual action he took.

Many people admired the former Railway Minister and private legal practitioner’s decision not to accept any dowry or marriage items from the groom’s family during the ceremony.

He asked that they bring only a ring and a Bible, rather than the usual long list of items such as money and clothes, drinks, and hampers.

This, he said, was something he learned from his father-in-law, who only asked that his family bring a Bible and a ring, which he believes is the symbol of every marriage.

In a video shared on his official Facebook, the former Attorney-General and Second Deputy Speaker blessed his daughter for finding a new home while explaining why he did not accept the long list of items

Ghanaian families usually request from a man who wishes to marry their daughters.

“Ewurama, God bless you. Your husband’s family brought the ring and Bible. When I went for your mother’s hand in marriage, I also took just a ring and Bible to the family. If you so wish, when you and your husband have children, you can take up this tradition. I might be dead and gone by that time, but it will be proper to do so. I can’t force you both, you are on this journey together,”

A spokesperson for the groom’s family also praised the renowned politician for not inflating his daughter’s bride price and instead accepting only a ring and a Bible in exchange for her hand in marriage.

He disclosed the conversations they earlier had with Mr Ghartey saying,
“When he came to see our father Joe Ghartey for his daughter’s hand in marriage, we had one of the most interesting conversations. He said that the couple had just begun life and didn’t want to burden them and as part of his wishes, only requested a ring that will symbolize that the woman is married and a Bible that will serve as a guide in time of trouble.”

Mr. Ghartey’s parting gift to the newlyweds was a prayer for God’s blessings on the marriage and a request that they become each other’s best friends, sharing in their joys and sorrows.

He said:
“Be true to each other always; share your joys and your burdens; love much and laugh much; be each other’s best friend. Always speak well of one another, even in private. And when things don’t go well, forgive as often as is required.

“Married life is an adventure and you embark today on that adventure together. Even though you are individuals, your covenant today makes the couple more important than either of you separately. God bless you abundantly,” Mr Ghartey urged as he took to his Facebook page to share visuals from the ceremony.
See highlights from the wedding below.

Related Topics:Joe Ghartey
Up Next

What a time to be an African! On the back of a successful Global Citizen Festival in Accra, and a visit of  Recording Academy CEO, Harvey Mason Jr to Ghana, his first trip to West Africa, it appears that Afrobeats may soon get its individual shine at the Grammys! END_OF_DOCUMENT_TOKEN_TO_BE_REPLACED

The School of Graduate Studies of the University of Professional Studies (UPSA) has honoured Ghanaian musician, Rebecca Acheampong known popularly as Becca for her outstanding academic achievements. END_OF_DOCUMENT_TOKEN_TO_BE_REPLACED

Platinum selling artist, KiDi has reacted to the resurfacing of his old tweets on the social media platform. END_OF_DOCUMENT_TOKEN_TO_BE_REPLACED