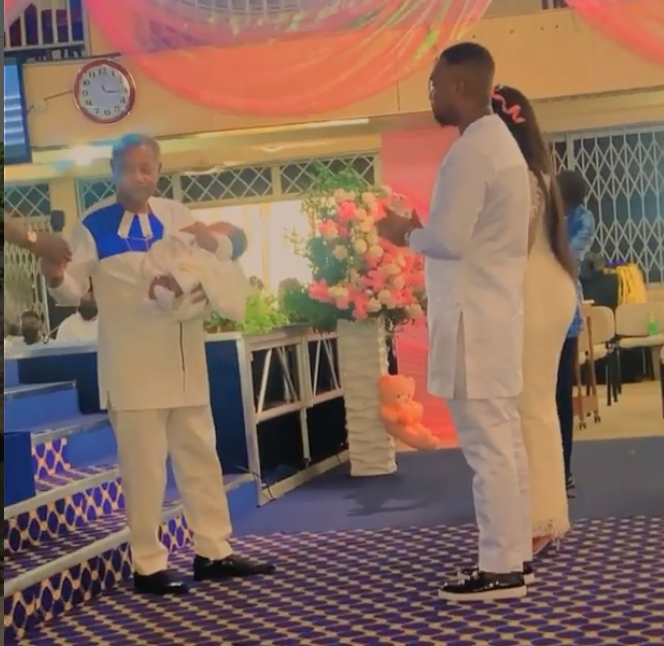 Their baby girl, who has been christened Ariana Mettle, was out doored in the presence of God this weekend.

Joe and Selasie said “I do” to each other on August 16th, 2020, in the turbulence of the pandemic, and recently celebrated one year of their union.

See video from the christening below;

Ghanaian actor and socialite, Don Little, has made a passionate appeal to his colleague Kwadwo Nkansah also known as Lilwin to go make peace with his ex-wife. END_OF_DOCUMENT_TOKEN_TO_BE_REPLACED

The Federal Government of Nigeria has taken legal actions against the husband of late gospel singer, Osinachi Nwachukwu. END_OF_DOCUMENT_TOKEN_TO_BE_REPLACED

From being the opening act at EL’s BAR VI concert to bagging a nomination at the 2022 3 Music Awards, Afrobeats/afro soul singer Darkua stopped by Ameyaw TV to talk about her musical journey. END_OF_DOCUMENT_TOKEN_TO_BE_REPLACED