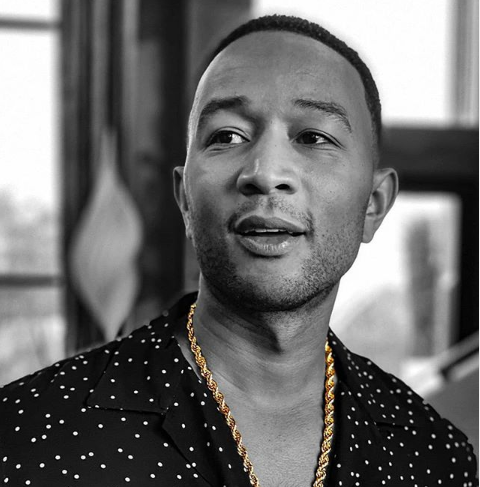 The announcement was made by Blake Shelton who was given the title in 2017, on Tuesday’s episode of “The Voice” where they are both judges.

The crowd went wild with excitement after Blake Shelton welcomed the Emmy, Grammy, Oscar and Tony-winning musician with his new title.

“It is my duty to formally introduce the next ‘Sexiest Man Alive,’ “ Shelton said. “He just so happens to be here tonight. Ladies and gentlemen, the man, the myth, the Legend: 2019’s Sexiest Man Alive.’ “

Shelton continued, “You already came into this show with an EGOT. And, then you won ‘The Voice,’ so it became a VEGOT. Now you have a VEGOTSMA,” referring to Legend’s legendary list of accolades.

Shelton went on to give Legend a pair of shorts bedazzled with “EGOTSMA,” an acronym symbolizing Legend’s big wins plus the latest addition: Sexiest Man Alive. John Legend is now one of the only 15 “EGOT” winners that have won the title.

“I was excited, but I was a little scared at the same time because it’s a lot of pressure,” Legend told People about receiving the honor. “Everyone’s going to be picking me apart to see if I’m sexy enough to hold this title. I’m (also) following Idris Elba, which is not fair and is not nice to me!”

On how his music career began he said “Whenever we had opportunities to sing in church or in school, my mom would suggest that I do it. She always encouraged me.”

“My father taught me about character. He taught us by example. He always conducted himself with such grace and dignity,” the singer said. “My parents always taught me that if you’re going to succeed in life, part of success is having humility. It’s a good way to live life, treating other people the way you want to be treated.”

1995 John would be very perplexed to be following 2018 @IdrisElba as #SexiestManAlive. Hell, 2019 John is about as equally perplexed but thank you @People for finding me sexy. I'll take it 🤓

Leonardo DiCaprio speaks on the need to protect Atewa forest

As earlier reported, on Wednesday (June 29), R. Kelly received 30 years in federal prison for sex trafficking and racketeering. Today (July 1), new details have been shared regarding the terms of his sentencing. According to reports, the “Ignition” singer must undergo sexual treatment if he is ever released. END_OF_DOCUMENT_TOKEN_TO_BE_REPLACED

US based British comedian/TV host, James Corden went to the White House as part of a segment for his tv show ‘The Late Late Show’ and posed as president Joe Biden’s personal assistant . END_OF_DOCUMENT_TOKEN_TO_BE_REPLACED

Taylor Swift is engaged to her British boyfriend Joe Alwyn, according to reports. END_OF_DOCUMENT_TOKEN_TO_BE_REPLACED

INTERPOL, in collaboration with the US Secret Service, South African Police and other agencies, has arrested an alleged Nigerian cybercrime kingpin, James Aliyu, in connection with $12m romance scam and business email compromise fraud. END_OF_DOCUMENT_TOKEN_TO_BE_REPLACED