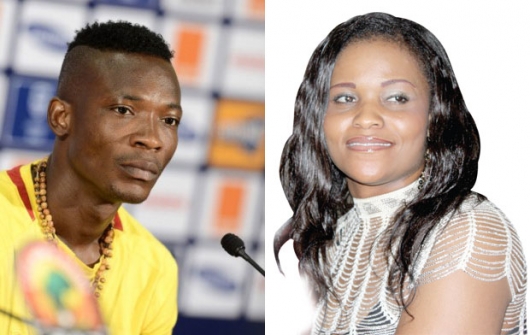 John Paintsil has advised young footballers to be very vigilant as to who they allow into their lives as friends and brothers. He added in great regret he was too opened and saw everyone as a brother,which lead to his marriage ruined by a colleague footballer. “My advice to young players is that they should be very careful who they call a friend and who they allow into their homes.The mistake I made in life was that I was too open and regarded almost every male as a brothers. No wonder someone I called a friend sent a picture to my ex-wife while we were out, which brought about a whole lot of issues,”Paintsil advised the country’s upcoming footballers. The once enterprising right full-back further revealed he last saw those he regarded his ‘real friends’ back in 2013, during his alleged assault case with his then wife Richlove,which landed him for the first time in police custody. He made these comments on GhOne TV’s ‘Cheers.’ John Paintsil, 37, played for West Ham United, Fulham and Leicester City before hanging his boots.]]>

Related Topics:John Paintsil
Up Next