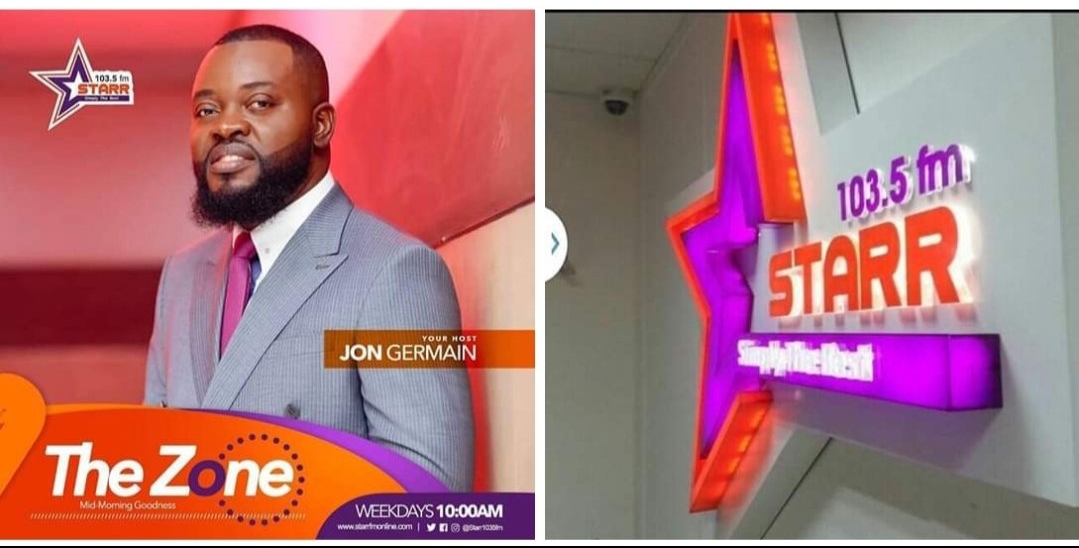 Singer and on-air personality Jon Germain is the next media person to leave EIB Network.

The R’n’B singer who worked with the EIB Network’ STARR FM for close to 6yrs took to social media to announce his departure.

“I am happy to announce that after 5 years and 9 months of being with STARR FM & the EIB family , we have decided to mutually part ways . I’d like to thank everyone who worked with me from the Drop off to The Zone..And everyone who tuned in to my shows. All the best.” 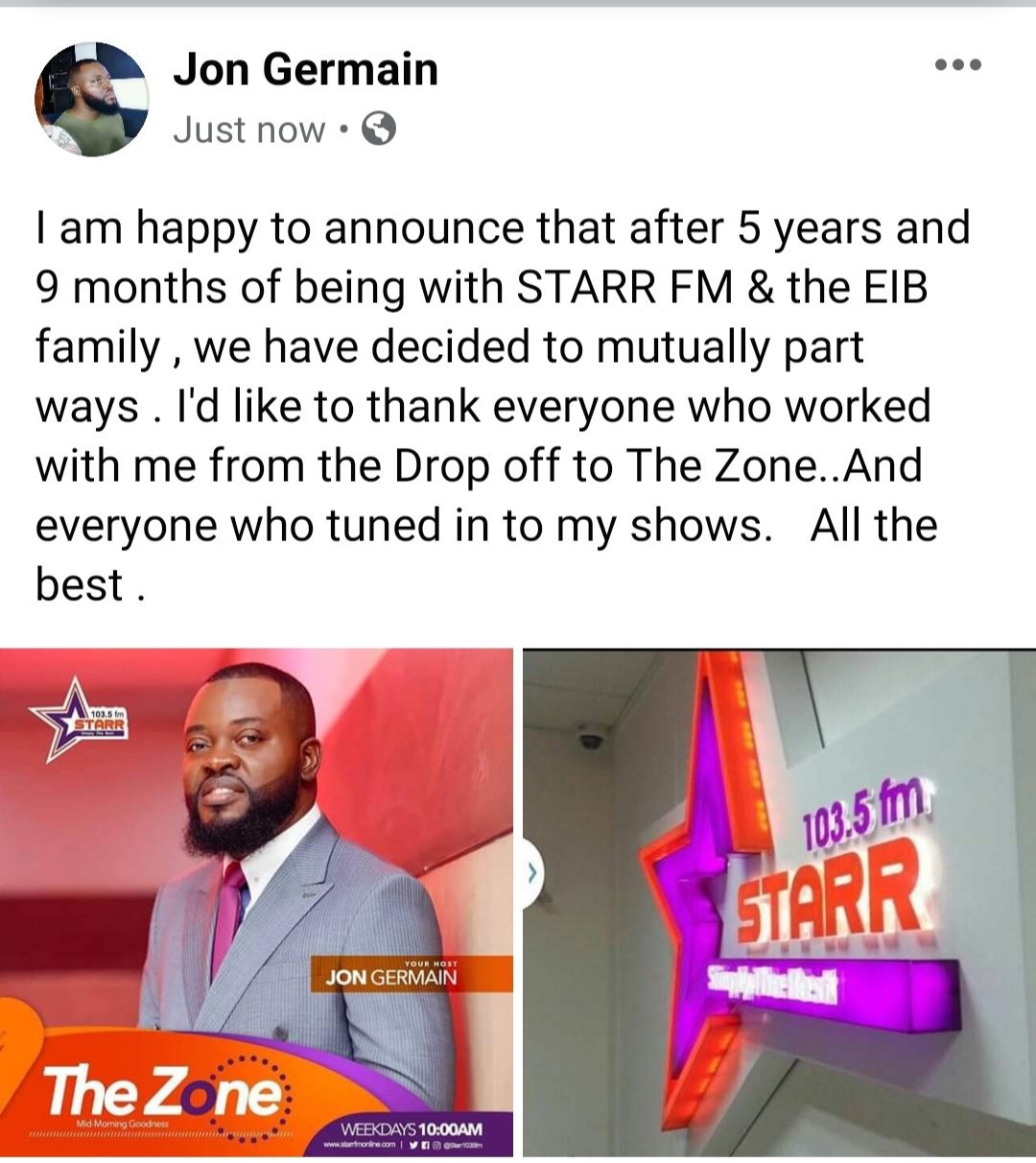