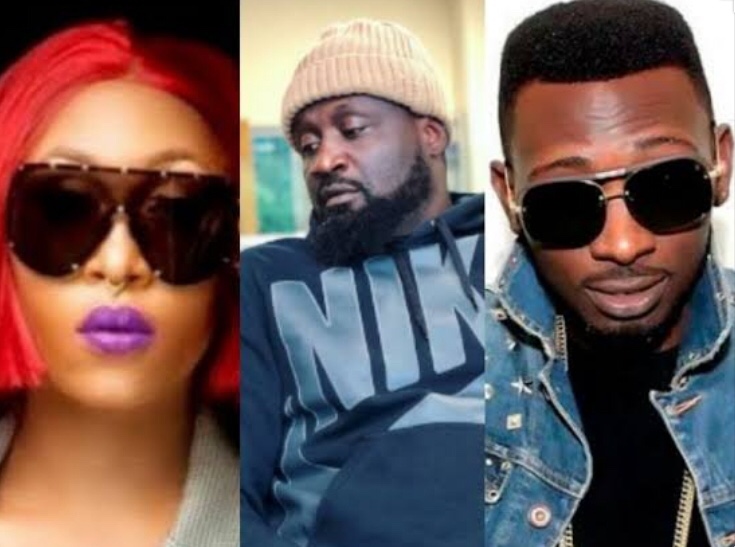 Jude Okoye has reacted to the allegations made against him by dancehall singer Cynthia Morgan and May D.

The elder brother of Peter Okoye of the now defunct group P.Square spoke with Instagram influencer, Tunde Ednut to address the issue.

This comes after Cynthia Morgan who’s now known as Madrina accused the music executive of shipwrecking her music career.

The dancehall singer alleged that she was not allowed to use her stage name and that she no longer had access to her social media accounts following her exit from Jude Okoye’s Northside Records.

However reacting to Cynthia’s claims, Jude Okoye denied the allegations.

According to him, “I never took that name from her. I don’t have that power.”

He revealed that the singer still had access to her social media account two years after leaving the label.

On her deal with Northside Records, Jude stated that the contract Cynthia Morgan had with him (Northside Records) expired in 2017 adding that the Dancehall singer owed him over 40 million dollars.

Jude Okoye also addressed the allegations made by Singer May D whose brief stint with the defunct PSquare ended in 2012.

The singer claimed he was poorly treated during his time with the label.

He revealed that he slept on a carton in the boy’s quarters which he shared with their driver.

In response to the allegation, Jude disclosed that he spent over a hundred thousand dollars on May D.

According to Jude, trouble began after he gave May D a contract and the singer came back after 2 weeks stating that there were no incentives in the contract.

Jude said May D had demanded a car and an apartment in Lekki despite the fact that the singer was still up-and-coming and had not done any shows.

Jude Okoye also addressed the bad blood between him and Peter. He stated that the only reason he decided to speak up on the Cynthia Morgan allegations was because Peter’s involvement.

Jude Okoye disclosed that the reason PSquare broke up was because Peter didn’t want him (Jude) to be a part of the group’s affairs.

Asked if he could reunite the group together again, Jude said no and that “there is nothing humanly possible for me to do to bring Psquare back”.

Ras Caleb sues Obour, 4 Others for misappropriation of MUSIGA funds