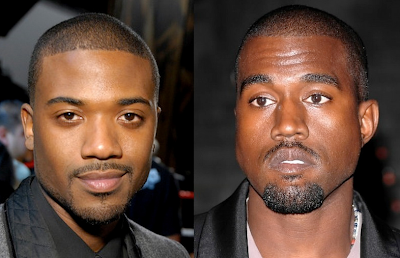 It took Kanye five months to respond to Ray J. Five whole months.Kanye West made his “Late Night With Jimmy Fallon” debut last night.  And he didn’t miss the opportunity to switch up a couple lines of his “Bound 2” track in order to slip in a diss to Ray-J.  For his first television performance of his Yeezus track Bound 2, Kanye brought Charlie Wilson along to croon out his parts on the track.  And for ‘Ye’s opening lines, he switched them up a bit to clap back at his baby mom’s ex Ray-J.

“Brandy’s little sister lame, man, he know it now/When a real brother hold you down you supposed to drown.”

DMX explains why he ran through hotel lobby with no underwear

END_OF_DOCUMENT_TOKEN_TO_BE_REPLACED

According to several confirmed reports, Love And Hip Hop: Atlanta regular Mo Fayne was sentenced to 17 years behind bars for his role in a PPP fraud case. END_OF_DOCUMENT_TOKEN_TO_BE_REPLACED

END_OF_DOCUMENT_TOKEN_TO_BE_REPLACED

The MTV VMAs are back in Brooklyn. After the 2020 show didn’t feature any in-person performances, the red carpet has returned. END_OF_DOCUMENT_TOKEN_TO_BE_REPLACED

Attention-hungry rapper-reggaeton star Dan Sur has adopted an extreme look that is sure to fill even the most diehard hip-hop fans with dread. END_OF_DOCUMENT_TOKEN_TO_BE_REPLACED