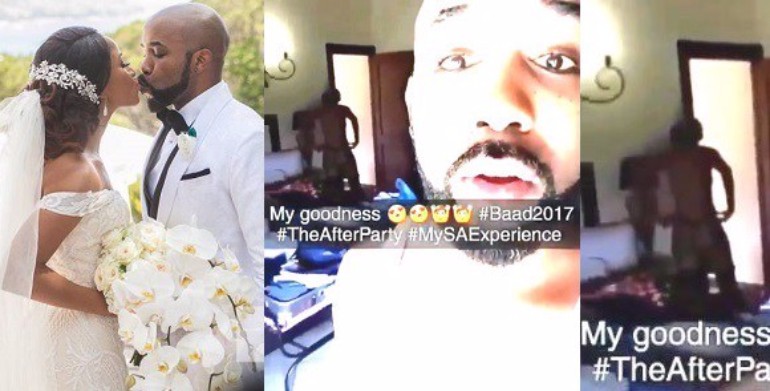 Honeymoon matters gone wrong? Banky W has shared a video on Snapchat of himself gushing over how their trip to South Africa went down and unbeknown to him, his wife was walking around naked in the background. Banky W and Adesua Etomi last weekend got married and are set for a joyous honeymoon. https://ameyawdebrah.com/schooling-new-york-film-academy-banky-w-premieres-music-film-experience-lagos/ Banky filmed his naked wife for a while as he talked before realizing it and immediately shut it down and deleted the video but not before folks online had grabbed shots of it. https://youtu.be/5QEHEArX6s0]]>

Related Topics:BANKY W
Up Next

Suit, tie and shoes? Wanlov like you've never seen him before