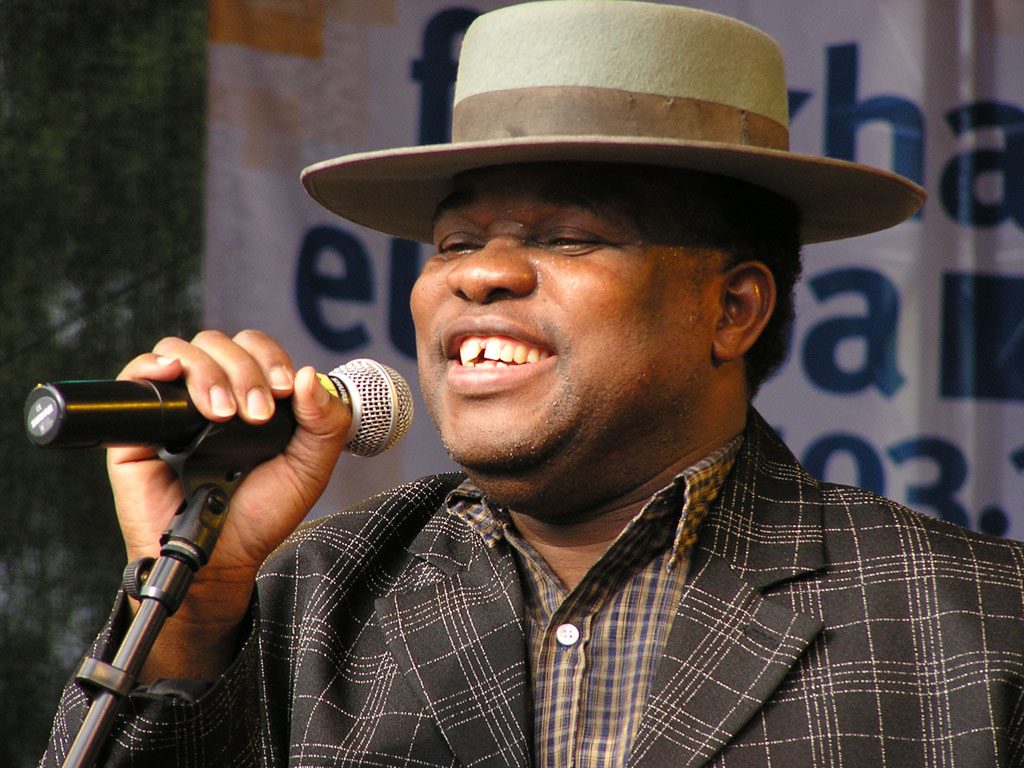 Kanda Bongo Man to headlines African Legends Night 2017[/caption] Congolese music legend Kanda Bongo Man will headline the 2017 edition of African Legends Night coming off September 30th in Accra, organizers of the event Global Media Alliance has announced. The 6th edition of the music show will take place at the Banquet Hall State House in Accra. Born January 1, 1955, Kanda Bongo Man’s music career took off in full flight after moving to Paris in 1979 where his music started to incorporate elements of then-vibrant zouk music. His first solo albums, “Iyole” in 1981 and “Djessy” in 1982, were instant hits. The Congolese singer, known for the structural changes, is widely credited for revolutionizing soukous music by encouraging guitar solos after every verse and even sometimes at the beginning of the song. His form of soukous gave birth to the popular “Kwassa Kwassa” dance rhythm where hips move back and forth while the hands move to follow the hips. Kanda Bongo Man is expected to mount the stage of African Legends Night alongside other Ghanaian music legends to thrill audience to some of his popular songs from his celebrated albums of Kwassa Kwassa, Amour Fou among others. Last year, the show witnessed great performances from Yvonne Chaka Chaka who collaborated with her ‘daughters’ Becca, Wiyaala and eShun on stage and was spiced up by the robotic Akosua Agyapong, the Kpanlogo man Amandzeba Nat Brew and the smooth taker Nana Tuffuor. Over the years, African Legends Night has celebrated musical icons. Notable performers include South Africa’s legend and first headliner Hugh Masekela, Femi Kuti, Freddy Meiway, Gyedu Blay Ambulley, Amakye Dede, Ghanaian ace Saxophonist Steve Bedi, Ben Brako as well as a blend of artistes across Africa.]]>

Related Topics:kanda bongo man
Up Next

Bose Ogulu has told her son Burna Boy to “tone down the madness” as she celebrated his birthday. END_OF_DOCUMENT_TOKEN_TO_BE_REPLACED

The Hewale Lala (Song Of strength) hit maker Perez Musik gets ready to have his first-ever major concert. END_OF_DOCUMENT_TOKEN_TO_BE_REPLACED

Kofi Sonny, CEO of 610Music, a direct representative for Universal Music Group in Africa, unveiled two of his newly signed artistes to the world over the weekend. The event pulled in dignitaries from all over the globe to witness what many have dubbed “the birth of greatness.” END_OF_DOCUMENT_TOKEN_TO_BE_REPLACED