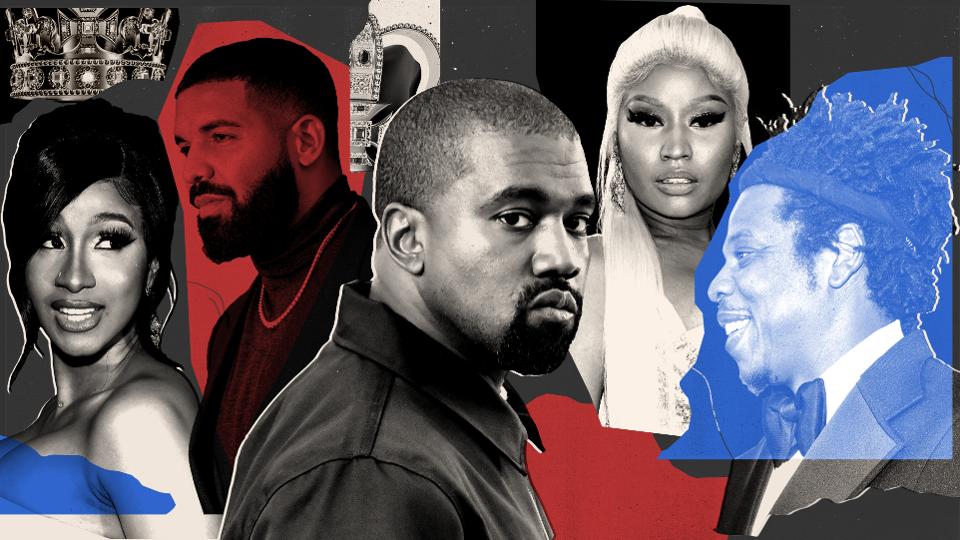 Fans are always excited for Forbes‘ annual list of the highest-paid hip-hop acts as they anticipate to see if their favorite artist has made the list, and where on the list their favorite has landed.

This year for the first time ever, Kanye West has earned the #1 spot on Forbes list, making him the highest-paid hip-hop act with $150 million. Aside from music, Kanye has been deep within the fashion game, and his Yeezy brand is expected to top $1.5 billion in sales this year.

Following right behind Ye is none other than Jay-Z bringing in $81 million. This year we all know he toured the world with his wife Beyoncé on their “On The Run II,” tour as they brought in the big bucks. Back in June, Forbes declared that Jay-Z was the first rapper to become a billionaire through his many business ventures.

With more than 8.2 billion streams, Drake has taken the crown for most streamed artist and along with his touring and other business ventures, his landed at the third spot for this year’s list with $75 million.

However other hip-hop acts on the list didn’t seem to excited and questioned the authenticity of the list.

Where do Forbes be getting they numbers from cause they way off ?🧐

The Forbes got our accounts fucked up lol ….

”Madonna once offered me $20M to get her pregnant” – Basketball legend, Dennis Rodman reveals

”Madonna once offered me $20M to get her pregnant” – Basketball legend, Dennis Rodman reveals

END_OF_DOCUMENT_TOKEN_TO_BE_REPLACED

According to several confirmed reports, Love And Hip Hop: Atlanta regular Mo Fayne was sentenced to 17 years behind bars for his role in a PPP fraud case. END_OF_DOCUMENT_TOKEN_TO_BE_REPLACED

END_OF_DOCUMENT_TOKEN_TO_BE_REPLACED

The MTV VMAs are back in Brooklyn. After the 2020 show didn’t feature any in-person performances, the red carpet has returned. END_OF_DOCUMENT_TOKEN_TO_BE_REPLACED

Attention-hungry rapper-reggaeton star Dan Sur has adopted an extreme look that is sure to fill even the most diehard hip-hop fans with dread. END_OF_DOCUMENT_TOKEN_TO_BE_REPLACED