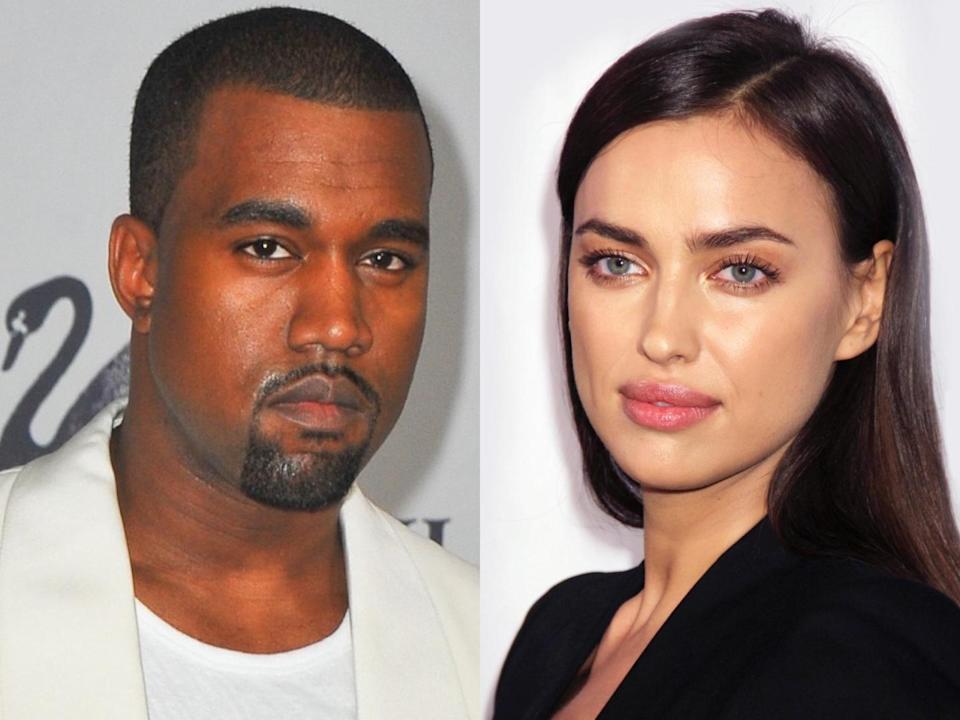 Kanye was spotted with the Russian born supermodel in France on his 44th birthday. The new couple was seen smiling and exchanging glances at a luxurious hotel. The duo returned to the US Wednesday afternoon but did not leave the airport together.

Sources have confirmed they are romantically involved; however, it is unclear how “serious” they may be.

This may come as a surprise, seeing how his ex-wife and the rest of the Kardashian clan publicly expressed their love for the rapper on his birthday. But sources say the reality tv star “doesn’t mind” and is happy for her ex-husband. But let’s remember, Kim was the one to file for divorce first. The couple was married for 7 years.

Irina is no stranger to the industry; she shares a daughter with Hollywood actor Bradley Cooper and has modeled for Kanye’s clothing line “Yeezy” in the past. He has also mentioned her in a couple of his songs.

Is this Hollywood’s newest couple?

‘Tyler Perry: Man of Many Faces’ Celebrated in New Biography

END_OF_DOCUMENT_TOKEN_TO_BE_REPLACED

According to several confirmed reports, Love And Hip Hop: Atlanta regular Mo Fayne was sentenced to 17 years behind bars for his role in a PPP fraud case. END_OF_DOCUMENT_TOKEN_TO_BE_REPLACED

END_OF_DOCUMENT_TOKEN_TO_BE_REPLACED

The MTV VMAs are back in Brooklyn. After the 2020 show didn’t feature any in-person performances, the red carpet has returned. END_OF_DOCUMENT_TOKEN_TO_BE_REPLACED

Attention-hungry rapper-reggaeton star Dan Sur has adopted an extreme look that is sure to fill even the most diehard hip-hop fans with dread. END_OF_DOCUMENT_TOKEN_TO_BE_REPLACED

5 Steps: How To Be An Entrepreneur As An African