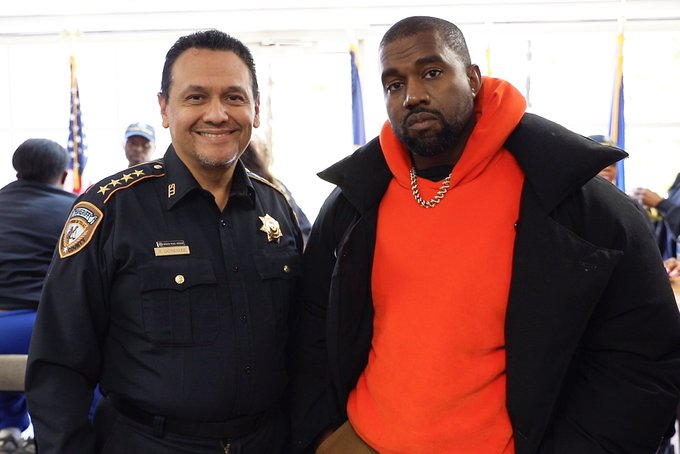 The music superstar performed and provided some motivational words to the inmates, reportedly telling them, “This is a mission, not a show” per Sheriff Ed Gonzalez, who tweeted about the visit.

In a show kept secret from the public, the star rapper-turned-gospel singer performed songs Friday from his new gospel album, “Jesus is King.”

Say what you want about the man. But @kanyewest and his choir brought some light to people who needed it today at the Harris County Jail. pic.twitter.com/ornRlEldNP

The Friday concerts were performed two days before West is to speak at Joel Osteen’s vast Lakewood Church in Houston. He was invited by Olsteen a few weeks after his album dropped.

The events were reminiscent of prison concerts given by country singer Johnny Cash in California.


Related Topics:kanye west
Up Next

Actor-turned-musician, Frank Naro’s latest single, “I Like It” sees him experimenting with the trending ‘Amapiano’ music phenomenon. END_OF_DOCUMENT_TOKEN_TO_BE_REPLACED

Mista Myles is in with his first release of the year today, ‘Toxic Love’ – a song about what would easily pass as an intense night in the Sin City, Vegas. Stream or download ‘Toxic Love’ across all major digital platforms here: https://ffm.to/6vr4ra9 END_OF_DOCUMENT_TOKEN_TO_BE_REPLACED