Kasapreko, Ghana’s indigenous manufacturer and producer of alcoholic and non-alcoholic drinks and Tetra Pak, world’s leading food processing and packaging company, are proudly celebrating their partnership by inaugurating Kasapreko’s first automated carton aseptic juice line. Over the past 2 years, the two companies have been working closely to make this project a reality.

Commenting on the occasion, Richard Adjei, Managing Director, Kasapreko says,“We are always keen to cater for the growing needs of the Ghanaian consumers and that is why we constantly innovate high quality and affordable productsto meet all needs. We are launching our juice brands today and we have many innovations to be released in the near future.”

“We are excited to expand this new category, which will magnify our horizons. We are thankful to Tetra Pak for offering us cutting-edge solutions while maintaining the highest standards of food safety and operational performance in a sustainable fashion.”

The new products launched, under the brand “Kiddy Pack”, offer a high level of food protection thanks to 6 layers packaging that protect the juice inside from light, oxygen, loss of flavor and odor intake.

The technology used maximizes the destruction of micro-organisms, which allows an unopened aseptic package to be stored without the need for refrigeration for up to 6 months.

Commenting on the reasons behind Kasapreko’s success, Oshiokamele Aruna, Managing Director, Tetra Pak West Africa states, “Kasapreko is an innovative company that is committed to contributing to Ghana’s development as well as to introducing new products, flavors and package sizes in the market.”

Internet Connections Have Changed Ghana for the Better 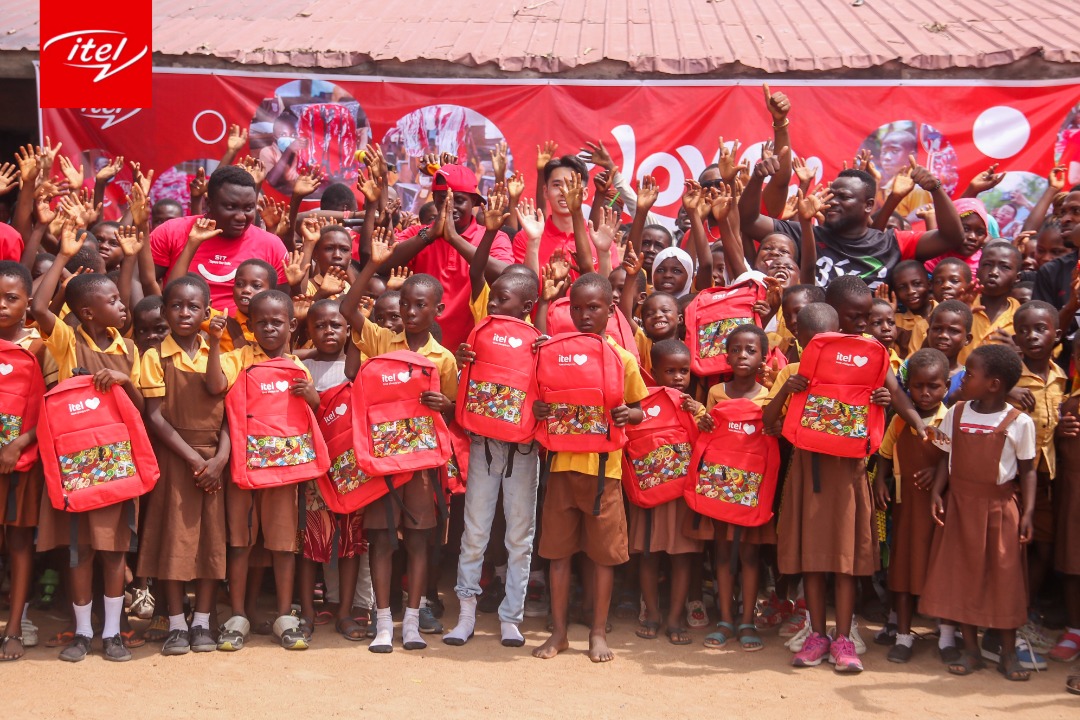 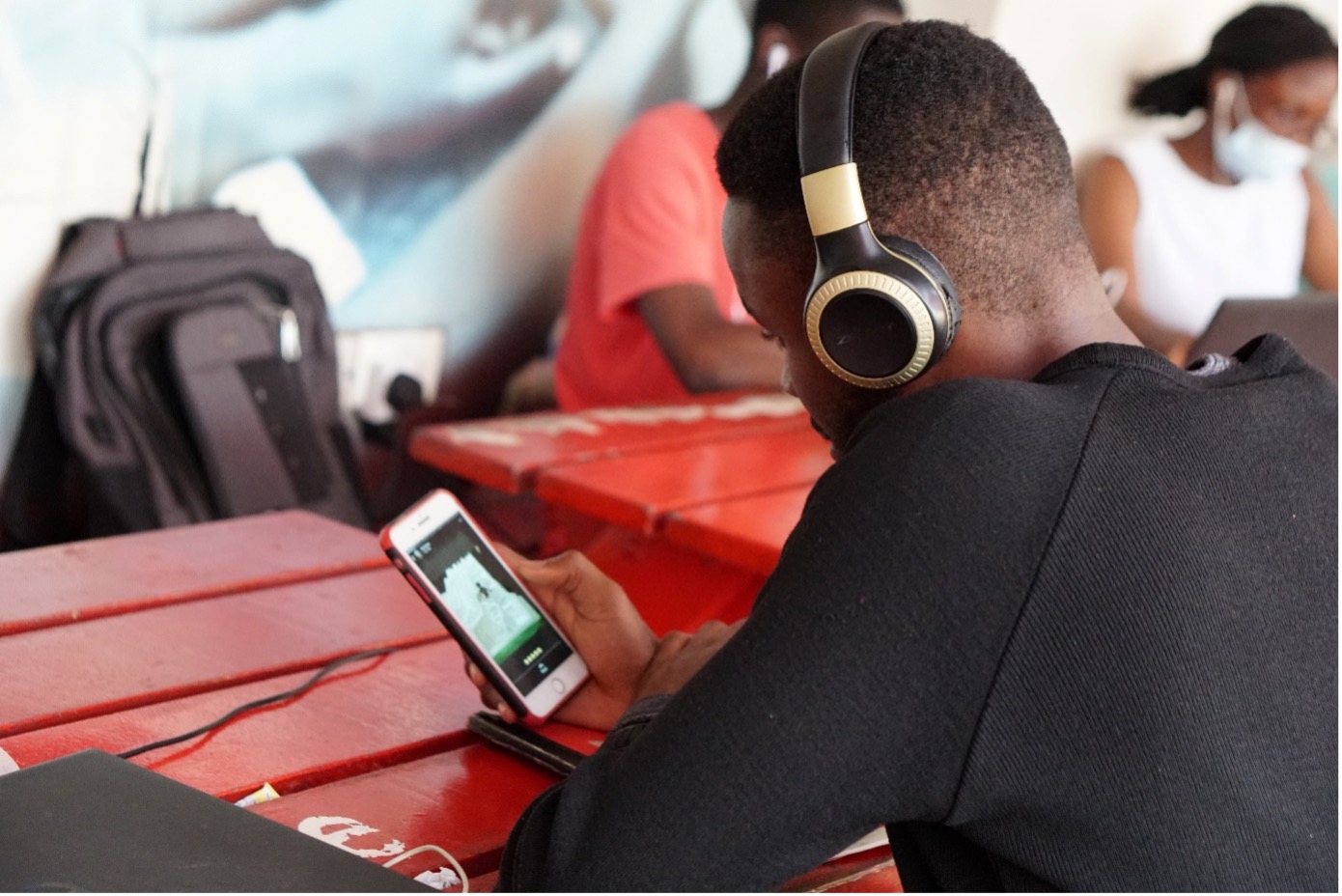 The number of gamers has skyrocketed in Africa, going from 77 million in 2015 to over 185 million by the end of 2021. Driven by ever-improving Internet access and the increasing affordability of smartphones, mobile gaming is leading the way. Estimations project that nearly 95% of African gamers use mobile devices. With 650 million smartphones in circulation, the mobile gaming market is even expected to grow at an annual 12%. And as gaming booms across the continent, so thrives the demand for games made in Africa. END_OF_DOCUMENT_TOKEN_TO_BE_REPLACED 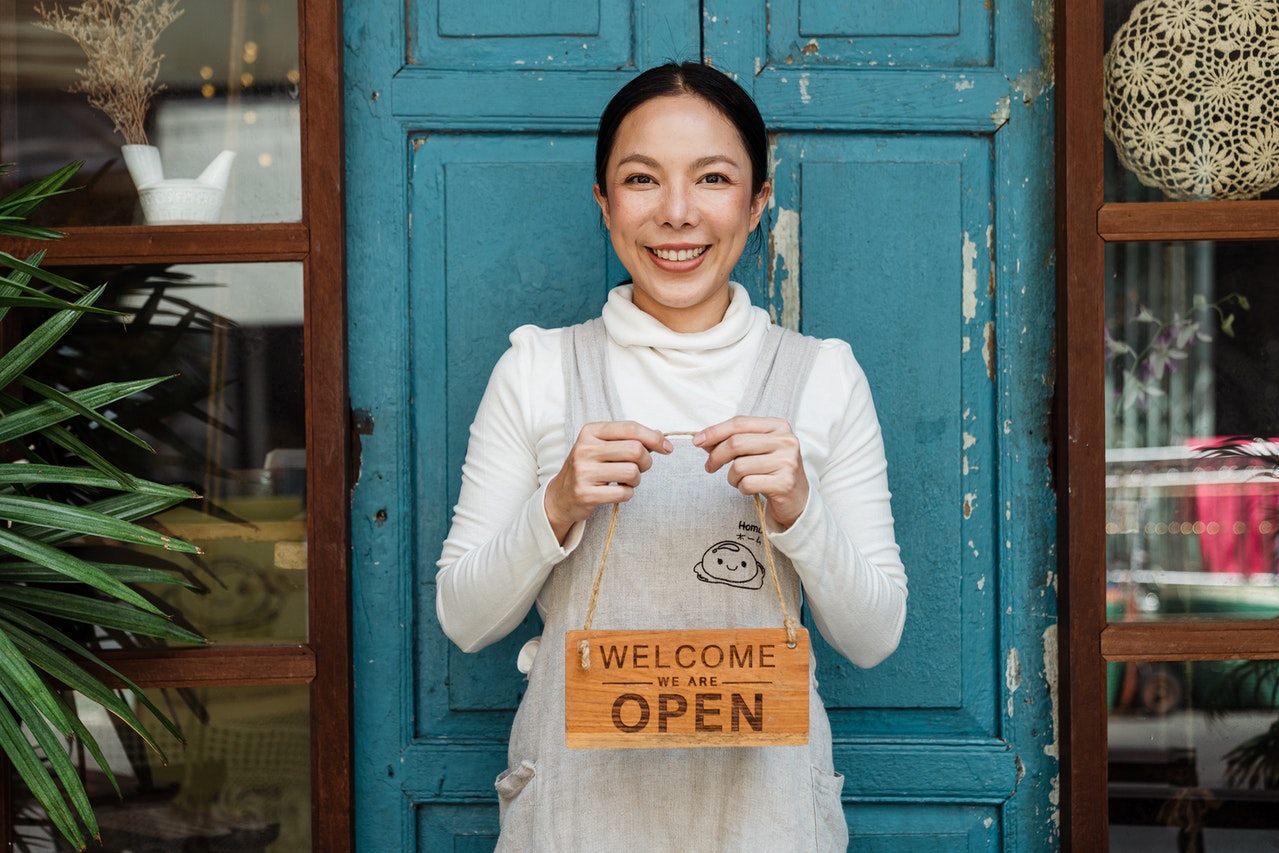 If you have a passion for doing something but are lacking the capital you may be wondering how to start a small business with little money. Well, you are not alone. There are thousands of people just like you who are looking for the best ways to make money. The internet is a great resource for finding your clients. On the platforms like https://fee4bee.com/, you can use your skills and expertise to start your own small business and offer your services to sell a product online.

First, you must decide on your small business idea. Before choosing an idea, be sure to get some input from friends and family members. Often, they can help you come up with ideas that will help you earn money while still having a great time. And don’t forget to have fun while working! It’s very important to find a business idea that you can enjoy.

Starting a small business in Сanada

You have decided that starting a small business in Canada is the right choice for you. While it might seem like an overwhelming task, it does not have to be. You can start your own business while working your current job and still have time to devote to your new venture. Start by developing a business plan, which will outline your goals, milestones and success measures. Some of the most important parts of a business plan include the objective of the business, the market position, the competitive landscape, financials, and target market information. Before submitting your plan, you should know the differences between the various business structures that are available in Canada.

A winning business idea is essential to starting a small business. When creating your business plan, focus on the latest technologies and trends, and fill a gap in your local industry. You should also consider the needs and interests of potential customers to ensure that you have a profitable business.

There are countless small business ideas for little money out there, but which one is right for you? While money is always a motivation to get started, there’s more to the idea than just making money. To find the right idea for you, bounce it off of friends and family to get their feedback. Also, don’t be afraid to have fun while you’re working! Listed below are some of the most popular small businesses:

These small business ideas are a great source of extra cash, and they’ll also give you a sense of independence. So, start today. Don’t wait until your next paycheck is coming in – invest in yourself and your small business idea today. 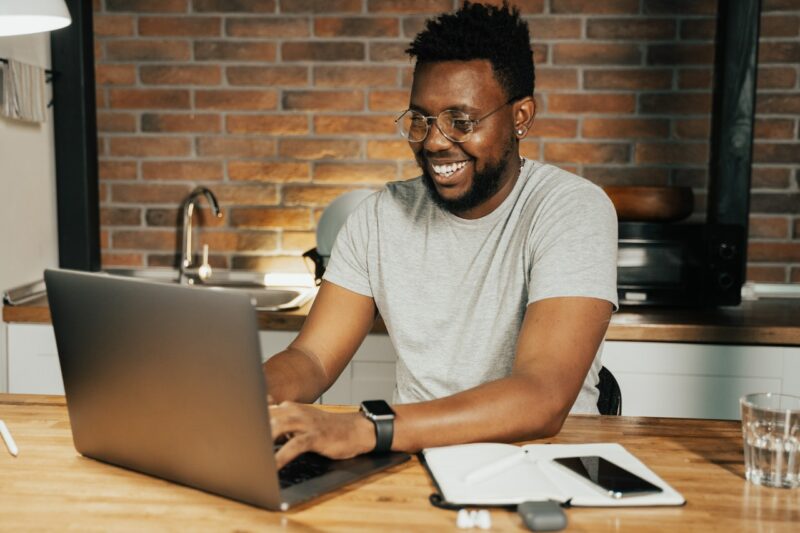 How to promote small businesses online?

There are many cost-effective ways to promote small businesses online. Two models of promoting your business online include your own website promotion and cooperation with grand marketplaces.

Not for all the local businesses you need a business website. You have to build high-quality landing pages on your site and budget for large expenses so that the website generates income.

If you don’t have the time or the budget to do this yourself, you can consider alternative ways to promote online. Social media presence and services marketplaces are great places to list your business for free. These sites are often well-known with high search engine rankings. Listed businesses tend to get local customers. Profiles on these marketplaces don’t take long to set up and can help you promote your business to nearby customers.

Reviews are another way to get local customers to try your business. Word-of-mouth can be very powerful for your small business. Getting customer feedback on services platforms is the best. This way, potential customers can read what others have to say about your business and decide if it is the one for them.

Another free way to promote your business is through social media. Tik-tok, Instagram, and Pinterest are among the most popular social media sites. Make sure to include your contact information on your page, and create useful and engaging content to attract users. These platforms are great for local businesses because they can promote their products and services 24/7. 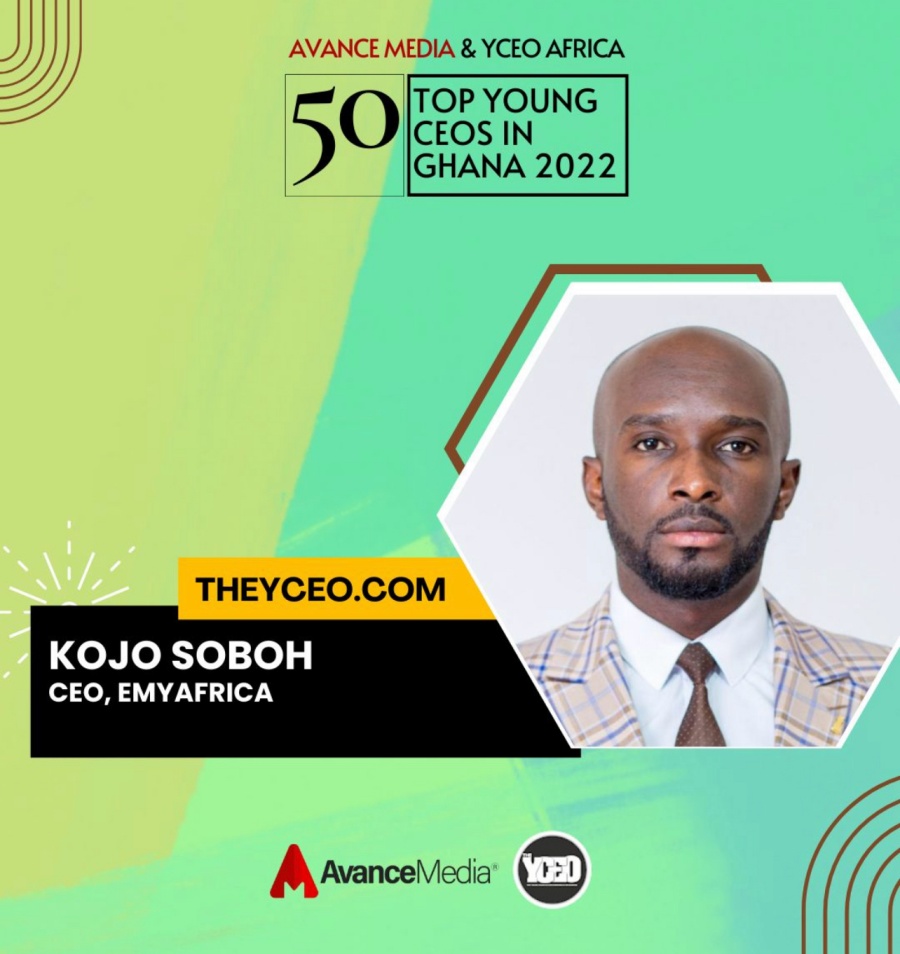 EMY Africa CEO, Kojo Soboh has been ranked among Avance Media and YCEO Africa’s Top 50 Young CEOs in Ghana for 2022.

The YCEO top 50 young CEOs in Ghana is a yearly classification which acknowledge and recognizes young Ghanaian Chief Executives Officers who are contributing to various sectors of the economy, including sports, manufacturing, agriculture, social entrepreneurship, energy, entertainment, real estate, health media among others.

An official tweet by Avance Media Africa on June 27, applauded Kojo for being one of the selected young leaders ranked among the 2022 Top 50 Young CEOs in Ghana.

The congratulatory message requested the public to visit http://yceo.votinghubgh.com to vote for the 2022 Young CEO of the Year.

The selection of the winner will be from the 50 and will be decided by the public in a 100 percent voting exercise before official declaration of the eventual winner. 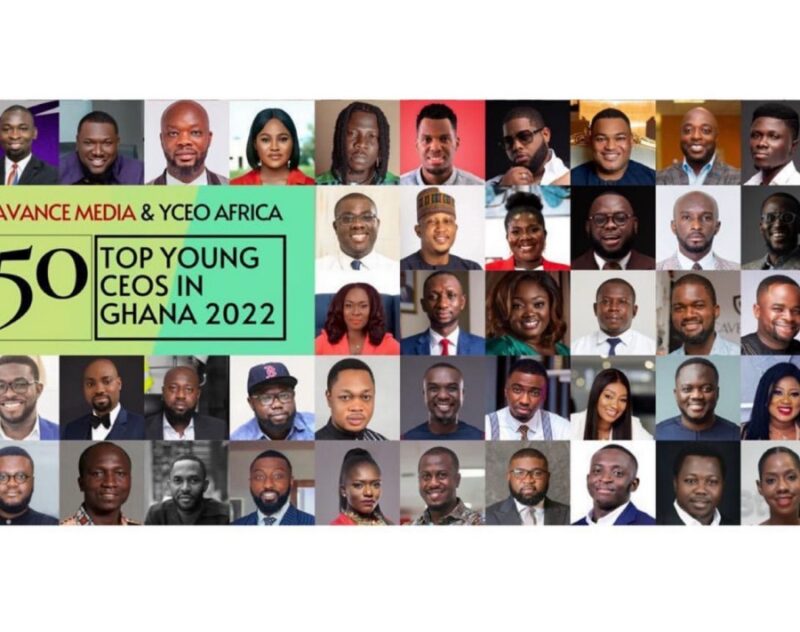 Making a remark on the ranking, Kojo said, “It’s a big honour to be named as part of the 50 top young CEOs in Ghana for 2022. This means more to me and my team of other young dedicated staff who are vibrant and zealous about Emy Africa’s mission and assignments”.

“At Emy Africa, we celebrate and recognize people’s achievements. It is the reason why I am elated that the works of EMY is also being recognized by YCEO Africa and Avance Media” Kojo said.

“When you get recognition for the things you do out of passion, it brings more fulfilment to do more to cause positive change in society” he added.

Other key young leaders who made it to the list this year include, Emmanuel Kojo Jones-Mensah; CEO of Empire Domus, Sadiq Abdulai Abu; CEO of 3 Music Networks, Sammi Awuku; CEO of NLA, Gwyneth Gyimah Addo; CEO of HairSenta and Dentaa Amoateng MBE; CEO and president of GUBA Enterprise.

Kojo is the founder and executive director of EMY Africa, which produces the annual EMY Africa Awards, One of West Africa’s biggest and most prestigious awards event and the quarterly EMY Africa Magazine.

The awards and its complementary events have been carefully designed to celebrate men’s achievements across local industry, community, culture and public service to inspire the youth to aspire to be better.

Every year, the Awards also gives complementary honours to women who have made an impact in society.

Kojo was named among the top 50 young CEOs in Ghana in 2019 by Avance media. He was also named in the 2021 African Event Influencers list by Avance media and Oasis Magazine.  In 2018, Forbes Africa Magazine  featured him as one of the finest emerging event managers in Ghana. Kojo is very thrilled to be part of a platform that inspires people to be better. 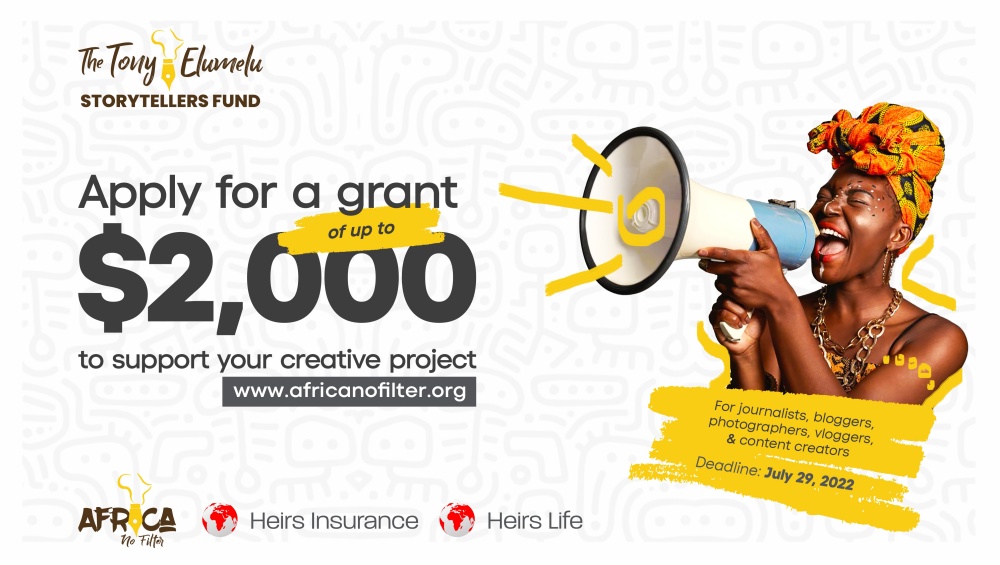 Africa No Filter, a donor collaborative working to transform stereotypical narratives of Africa, has launched the Tony Elumelu Storytellers Fund.  Named after African business leader and philanthropist Tony O. Elumelu, the Fund will award grants to emerging artists and storytellers, whose work shines a light on entrepreneurs and entrepreneurship in Africa.

The $30,000 fund is sponsored by Heirs Insurance and Heirs Life Assurance, the insurance subsidiaries of the pan-African investment group, Heirs Holdings.

Tony Elumelu, Chairman of Heirs Holdings and Founder of the Tony Elumelu Foundation, has led the championing of entrepreneurship in Africa and has empowered over 15,000 young African entrepreneurs across the continent through a $100 million commitment made by his Foundation.

The Tony Elumelu Storytellers Fund is a standalone initiative and an extension of his commitment to catalysing a redefined African success story, powered by Africa’s youth and their creative ideas. The Fund calls on journalists, filmmakers, content producers, and visual and performing artists to submit multimedia creative ideas, that tell the stories of inspiring entrepreneurs and showcase the true and positive spirit of entrepreneurship in Africa. Applicants must be aged between 18 and 35 years, living on the continent or in the Diaspora.  They must have a platform or portfolio of work that shines the light on entrepreneurship in Africa.

Speaking on the Fund, Tony Elumelu said: “I have always believed in the potential of young African entrepreneurs to transform Africa. This initiative aligns with our belief and extends the work that we do at the Tony Elumelu Foundation.  Empowering young creative entrepreneurs and the creative sector provides a channel for us to project Africa’s positives globally.  We need their voices to tell our often less-told stories of triumph, resilience, hard work and innovation.”

Moky Makura, Executive Director at Africa No Filter, said: “Our partnership Is significant because this is the first African funding we have received towards the fight for narrative change.  We are also excited to be partnering with one of Africa’s leading entrepreneurs to celebrate entrepreneurship on the continent through storytelling.  We need more success stories, more awareness and more celebrations around entrepreneurial ideas and the dynamic young people driving change here

Ifesinachi Okpagu, Chief Marketing Officer, Heirs Insurance and Heirs Life, said: “We are pleased to support this initiative that directly impacts the lives of young African creatives. As frontrunners of digital innovation in the insurance space, Heirs Insurance and Heirs Life both recognise the important role the creative sector plays in transforming Africa’s narrative. We are on the same transformative path, and this initiative clearly demonstrates that the ideas that we need to boost Africa are right here on the continent.”

The Fund is open for applications on the Africa No Filter website with a closing date of 29 July 2022. 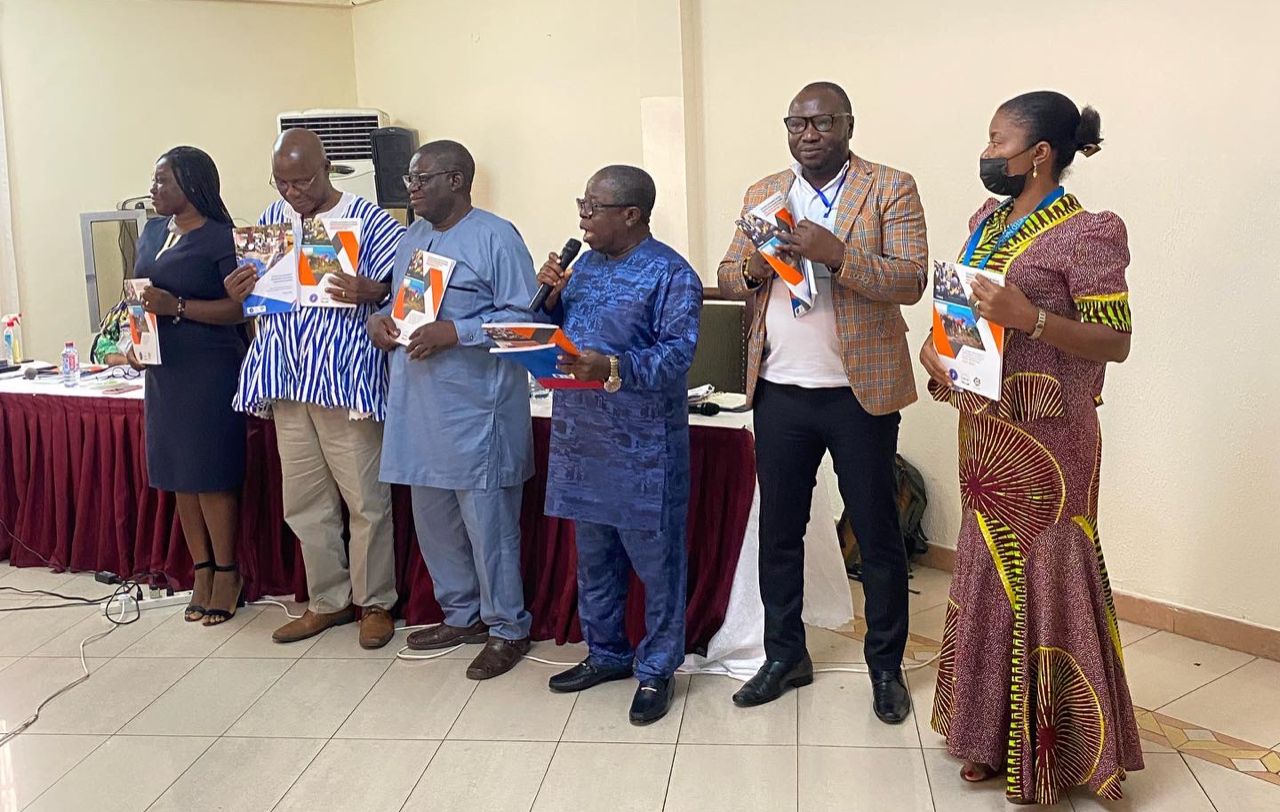 SEND GHANA and other Civil Society Organisations in the country have appealed to the government to increase its spending on social protection programmes to help improve livelihoods based on finding in the Social Protection Mirror Report 2021. END_OF_DOCUMENT_TOKEN_TO_BE_REPLACED