Kelis has slammed Beyonce for “theft” after she sampled her song in her album.

Ahead of Beyonce’s “Renaissance” album release, some of her tracks have been leaked.

Beyonce’s track “Energy” samples Kelis’ “Get Along With You,” which The Neptunes produced for Kelis’1999 debut album.

After this was shared online by a Kelis fan account, the singer took to Instagram to make it known that she didn’t know about Beyonce using her song until she saw it online. She added that no one sought her permission.

She specifically named what Beyonce has done as “theft”. She also accused Beyonce of “disrespect” and “utter ignorance”. 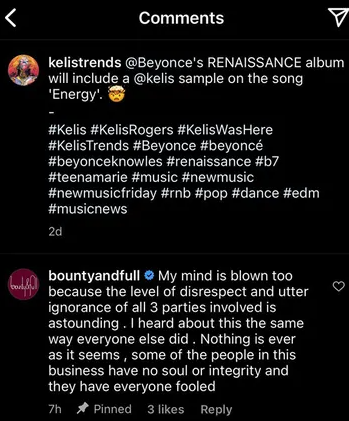 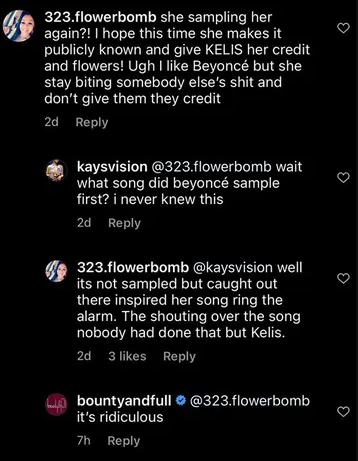 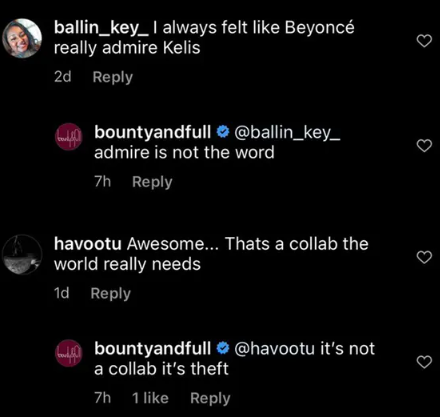 END_OF_DOCUMENT_TOKEN_TO_BE_REPLACED

“What do celebrities & influential leaders believe in?” As you know, celebrities and influential leaders are role models for young and old generations, and they can influence society and impact the world negatively and positively. Spiritual leader and multi-award-winning life coach Asim Aliloski has seen that successful people on top of their game have been searching for a higher power. END_OF_DOCUMENT_TOKEN_TO_BE_REPLACED

American rapper, Kanye West has reacted to the news of the end of the relationship between his ex-wife Kim Kardashian and Pete Davidson. END_OF_DOCUMENT_TOKEN_TO_BE_REPLACED

Prosecutors are reportedly asking the federal court to seize about $28K from R Kelly’s prison-inmate account since he has $140,000 in court-ordered fines. END_OF_DOCUMENT_TOKEN_TO_BE_REPLACED

Elon Musk has accused the social media platform, Twitter, of fraudulently holding back information about the company as part of a countersuit. END_OF_DOCUMENT_TOKEN_TO_BE_REPLACED