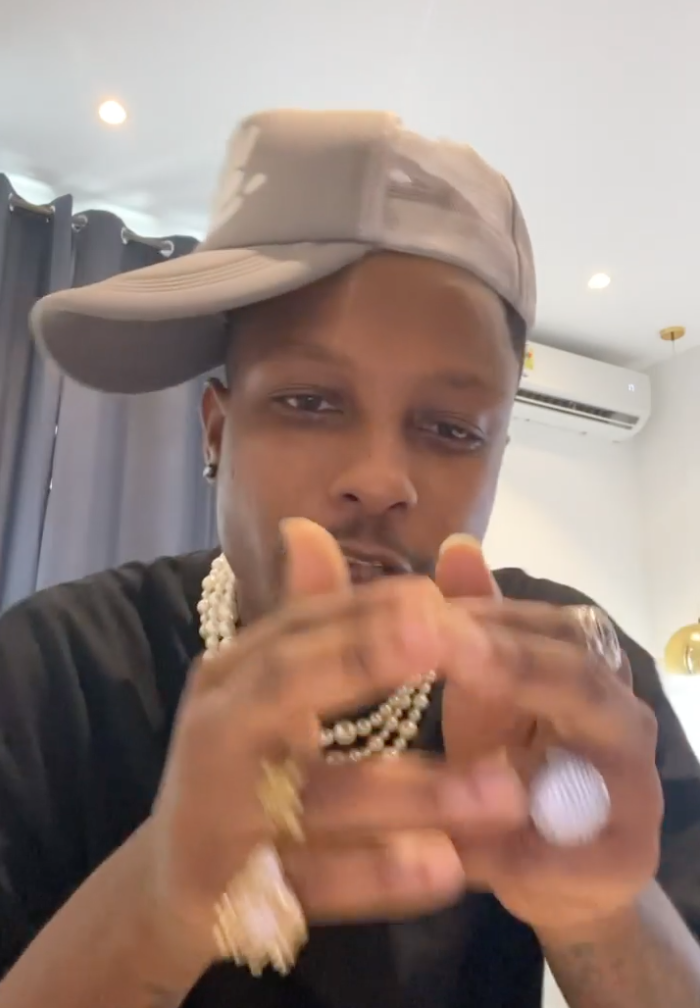 Ghanaian Musician, Kelvin Brown, popularly known as ‘Kelvyn Boy’ has been remanded into police custody by an Adentan Circuit Court for allegedly assaulting a lady by stamping her ribs and using an iron rod to hit her back and right-hand several times.

Chief Supt. Mario said the complainant and the accused had been in a relationship for more than 10 years and had two daughters.

The prosecution said the “relationship has been full of abuse.” It said the accused and the complainant used to stay together but the accused packed and left the house to a new place.

It said one of their children fell sick and needed medical attention, so the complainant contacted the savings and loan company where they saved money but was told the account was empty.

The prosecution said the complainant tried to reach the accused on the phone to confirm the information and inform him of the need to take the sick daughter to the hospital for medical attention.

The prosecution said the accused allegedly pushed the complaint out of the house and used an iron rod to hit her back and right hand several times until she was rescued by a motorbike rider who took her there.

It said a few minutes later, one Kelvin, a worker at the complainant’s shop called to inform her that the accused had allegedly come to the shop and made away with her speaker, Nasco 32-inch TV set, and two chairs valued at GHC5,500.

Kelvynboy arrives in Lagos after meeting with Wizkid

Kofi Mole shares reason why he has been absent from church

Ghanaian actor and socialite, Don Little, has made a passionate appeal to his colleague Kwadwo Nkansah also known as Lilwin to go make peace with his ex-wife. END_OF_DOCUMENT_TOKEN_TO_BE_REPLACED

The Federal Government of Nigeria has taken legal actions against the husband of late gospel singer, Osinachi Nwachukwu. END_OF_DOCUMENT_TOKEN_TO_BE_REPLACED

From being the opening act at EL’s BAR VI concert to bagging a nomination at the 2022 3 Music Awards, Afrobeats/afro soul singer Darkua stopped by Ameyaw TV to talk about her musical journey. END_OF_DOCUMENT_TOKEN_TO_BE_REPLACED